Rasipuram Krishnaswami Iyer Narayanswami, commonly known as R.K. Narayan, Was an Indian writer known for his work set in the fictional South Indian town of Malgudi. The Guide won the Sahitya Academy Award and was adapted for film and Broadway. Narayan, highlights the social context and everyday life of his characters. One of the leading authors of early Indian Literature in English, R.K Narayan’s novels would drive to a world of fiction, mythology and philosophy which would help the readers look at life from a comparatively wider window.

The guide narrates the life story of Raju, a trickster – charlatan whose greatest talent lied in reinventing himself. Raju knew how to make the best of opportunities, for instance, in the way that he took advantage of the railway that was newly constructed in Malgudi to create a career for himself as a tourist guide. His reputation as a tourist guide grew to such an extent that he was to be known as “Railway Raju,” sort out by tourists from far and wide. He fell in love with Rosie, wife of the archaeologist Marco Polo who in Malgudi wanted to research the cave paintings and temples scattered around the town.

Marco did not approve of Rosie’s passion for dancing. On the other hand Raju encouraged her and helped her follow her dreams and start a dancing career. They soon became closer to each other. Marco, leaves Rosie in Malgudi and returns to Madras alone after learning of their relationship. Soon Rosie turned up at Raju’s house and they started living together which Raju’s mother did not accept. Raju helped Rosie turn into a successful dancer by becoming her stage manager and using his marketing tactics. He developed an inflated sense of self importance and wanted to control her life and become wealthy.

In greed, Raju forged Rosie’s signature but received a two year sentence for it. After completing the sentence, on his way to Malgudi. he passed through a village, Mangal where he was mistaken for a sadhu. He anyway did not want to return to Malgudi in disgrace so he decided to stay in an abandoned temple which was close to the village. There he played the role of a sadhu perfectly by delivering sermons and discourses to the villagers and solving their day to day disputes. A famine broke out in the village and the villagers assumed that Raju will keep a fast in order to make it rain. Disturbed, Raju confessed the entire story about his past to Velan, Who had first discovered him in the temple and had developed a complete faith on him like the others. The truth about Raju’s past did not make a difference to Velan and Raju had to go ahead with the fast. On the 11th day of his fast, with the help offered by Velan, he mustered up the energy to reach the depleted river. On the brink of unconsciousness, he looked at the horizon and told Velan that he feels the rain might come over the hills soon. The novel’s end is confusing yet beautiful for the reader as one does not no whether did Raju met his end or not.

“The morning sun was out by now; a great shaft of light illuminated the surroundings. It was difficult to hold Raju on his feet, as he had a tendency to flop down. They held him as if he were a baby.

Raju opened his eyes, looked about, and said, “Velan, it’s raining in the hills. I can feel it coming up under my feet, up my legs—” He sagged down.”

RK Narayan has exquisitely portrayed the life of Raju by putting forward disguised personalities and beliefs. This novel subtly helps one understand how Raju, a miscreant, has a change of personality to become a sadhu by the end. The title of the novel The Guide, can have two meanings; Raju as a tourist guide and the other where he guides and helps Rosie and the villagers with their problems. The novel can be divided into two parts where the first part portrays the life of Raju with Rosie and the second half with the villagers. Similar to his life, his personality can also be divided into two, where he is first a sinner and then a saint but neither a complete sinner nor a complete saint. This novel is highly recommended for its subtle yet impactful signification. 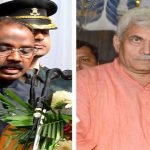