Billionaire Gautam Adani-led Adani Group has completed the acquisition of a 23.5 percent equity stake in Mumbai International Airport Limited (MIAL) from Airports Company South Africa (ACSA) and Bid Services Division (Mauritius) Limited for Rs 1,685.2 crore. The Indian multinational conglomerate is set to extend shareholding to 74 percent in MIAL, a joint venture between the Airports Authority of India and GVK Industries, which would provide the Group ownership of the upcoming Navi Mumbai airport, in which MIAL holds a majority stake.

Adani Enterprises Ltd (AEL) stated that this acquisition forms part of the transaction under which AAHL proposes to acquire a controlling interest in MIAL. It added that all relevant approvals had been obtained for the said acquisition.

In August last year, Adani Group had announced that it had reached an agreement to acquire GVK Group’s shareholding and control of Mumbai airport. GVK Group holds a 50.50 percent equity stake in Mumbai International Airport Limited (MIAL). In comparison, the Airports Authority of India (AAI) has 26 percent shareholding.

Last year, the union cabinet had approved the transfer of six airports on 50-year leases to AEL. The firm will control the airports in Ahmedabad, Lucknow, Mangaluru, Jaipur, Thiruvananthapuram, and Guwahati. The Adani Group has won rights to operate, maintain and develop these six airports in a public-private partnership model. 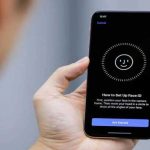 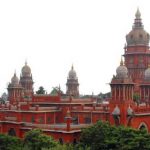