The US tech giant Apple has made some compromises like storing user data on Chinese state-owned servers — contradicting its own privacy policy and censoring apps that conflict with local regulations — all with an eye on the country’s booming market, an investigation by The New York Times revealed.

China is a critical region for Apple, both in terms of product and services sales and supply chain. Apple assembles nearly all of its products in China and one-fifth of its sales comes from the country, according to reports.

One of the major findings of the NYT investigation is that Apple will share the Chinese users’ data with the government, which is against its carefully-crafted user friendly policies.

Apple is building a data centre in Guiyang, which is expected to be finished next month. Chinese government employees will physically control and operate the data centre where the tech company’s servers will store the local users’ data, although encrypted. But the keys to decrypt such files will also be kept in China.

Apple’s conventional strategy is to send the data to their main servers in the United States through cloud computing and keep it encrypted in a way that even the company cannot access it, according to the Interesting Engineering website.

The US regulations prohibit Apple from handing over data to the Chinese authorities.

But now, a Chinese firm, Guizhou-Cloud Big Data (GCBD), is the legal owner of Apple iCloud customers in China. So Apple is not legally answerable in the US.

The tech giant gave the ownership of the encryption keys for Chinese iCloud users to the country in 2018 following a Chinese legislation at the time.

Apple has said it has provided iCloud contents for an undisclosed number of accounts in nine separate cases.

In a statement to The New York Times, Apple said it had to follow the laws in China and did everything that it could to protect the security and privacy of its customers’ data in the country.

“We have never compromised the security of our users or their data in China or anywhere we operate,” Apple said.

The compromises don’t end here. According to the investigation report, Apple has an internal team that either rejects app submissions or pulls others down what it thinks could violate Chinese regulations. The company has specialised tools for the task and it trains its reviewers to detect such topics like the independence of Tibet or Taiwan, the Tiananmen Square incident, or the Dalai Lama.

About 55,000 apps have disappeared from the App Store in China since 2017, according to data provided by Sensor Tower to Apple Insider website.

According to a report in World Politics Review, there was a high-profile dispute between the Chinese government and Google in the 2006-2010 period. Despite agreeing to censor its search results in accordance with Chinese rules, Google found itself in trouble due to the various layers of internet controls. The company also received constant official complaints from Chinese regulators that it was failing to block pornography and other illegal websites.

In August 2018, reports emerged that Google’s top leadership had been secretly exploring avenues to introduce a news and search product in China that would comply with the government censors.

In 2017, two of the largest chip manufacturers, Qualcomm and AMD, began working directly with the Government of China’s Guizhou province  to set up factories that will make critical parts for internet servers. Cisco shared some of its intellectual property with a Chinese company in 2015 after being blacklisted in the wake of the Edward Snowden scandal. 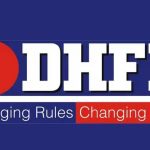