Business refers to any commercial activity or trade by a person. For starting a business one needs to follow all the legal processes set by the government for small-scale business and large-scale business. To establish a business contract with the partners, exporters, sellers one needs to follow the essentials of a contract. A business contract may comprise between the seller and the buyer, a retailer and wholesaler, partners, and fundraisers. It can be oral, implied, and written. There can be two or more parties in the contract. The contract can be made with anyone, there should be an offer, acceptance, the parties of the contract must be competent to contract, which means they should be above the age of eighteen years(as stated by the law) of sound mind, free consent of the parties and there should be a legal consideration. A business contract is not very different from any other contract and needs to follow the essentials of the contract. An agreement is different from the contract as it creates enforceable obligations.

As mentioned above the contracts can be in any of the three forms and are considered valid. The contracts carrying real estate, property, and other financial agreements are generally in writing. The oral forms of contracts are binding but the burden to prove that contact existed lies on the petitioner, it solely depends on the faith of the parties in this form of contract. Most of the time companies prefer a written contract as it acts as proof of the deal during any future legal proceedings.

The contract should not be illegal or void in the eyes of the law. If the contract is based on illegal work then, if any party breaches the terms in the contract will not be entertained by the court, it will be punishable. The parties must be of sound mind and there should be no undue influence during signing the contract with free consent. According to Section 14 of the Indian Contract Act 1872, consent is said to be free when it is not caused by coercion or undue influence, fraud, misrepresentation, or mistake. The contract with a minor is void from the beginning.

Before signing a business contract, a person must thoroughly check the contract and its limitations (if any). A contract might include the duration/ period of the contract, damages, penalty, complaints, dispute resolution methods, special conditions, interest on late payments, and renewal or termination of the contract. There can be various other reasons for ending a contract. Some contracts include payment after the breach, this is known as liquidated damages.  The contracts that include unfair terms or favouring terms for only one party must be reconsidered and review the contract. There are several laws to protect the rights of the signing parties.

Janhvi Joshi is a Law student pursuing a 5-year BA LLB from Jamia Hamdard University, New Delhi. As a law student incorporated to persuade through communication, be a patient listener, and think rationally. She has a natural skill of speaking in public, giving opinions on the scenarios, and still exploring the various fields of law. 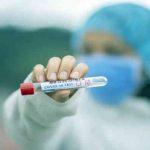 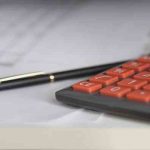