Transfer of Ostensible owner defines under Section 41 of Transfer of Property Act, 1882.

It is also known as the Doctrine of Holding Out.

Section 41 of TPA Act states, Where, with the consent, express or implied, of the persons interested in immovable  property, a person is the ostensible owner of such property and transfer the same for consideration, the transfer shall not be violable on the ground that the transferor was not authorized to make it:

The exceptions to Section 41 of Transfer of Property Act, 1882.

“Nemo dat quod non habet” means when good not owned by someone, cannot be sold further.

The General principle of the law of transfer of property is that is no person can transfer to another a right or title greater than he possesses; this general rule has a certain exception:

If the true owner of property permits another to hold himself out as the real owner a third person who deals in good faith with that other person may acquire.

A good title to that property as against the truly other.

A makes B authorized to perform all rights of ownership related to the property and leave for the U.K. In between B sells the property to C, now in future, A cannot claim back the said property from C. As C has believed B to be the owner of the property and has acted in good faith.

In this case, the plaintiff who had inherited the property by the way of will came to know that someone else had already purchased the said property in her name and sold this property to a third person too, by making him believe that he had good title over the said property. The transaction was a “Benami” transaction but wasn’t known to anyone except the person who sold the property, now the plaintiff sued the third party for recovery of the possession of the land but the committee held that:

The plaintiff can’t take back the property from the third party and the transfer was legitimate in the eye of the law, the wording used in this case can be seen in section 41 of the TPA Act which deals with the ostensible owner.

The law relating to the transfer of property by an ostensible owner under this section is now made subject to the provision of benamin transaction (prohibition of the right to cover property at 1988). In simple word, the people who purchase the property and pay the price for it does not purchase the property in his name, but in the name of any other person, the other person whose name is used as the owner of the property is known as benamidar or ostensible owner. In other words, the real owner now after the enforcement of this act cannot claim property from the benamidar by any suit claim or a section. The defence of being the real owner shall also not be allowed.

Section 41 act in protecting the interest of the innocent third party, although this section may seem a little biased towards the third party but this section mainly state that if the real owner is himself at fault,  then no one can simply say that he has now acquired the said property and he can’t be evicted now. Third-party has to take a lot of care while purchasing any property and the requirement which has been put up by law itself to reduce the misuse of this section by ostensible owner. 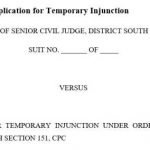