After surging 7% on the BSE on Friday in intra-day trade, Adani Enterprises has now become the second most valuable firm in the Gautam Adani-led Adani Group of companies, with the stock hitting a new high of Rs 1,694. The stock was up for the fifth day in a row and has gained 30% in the last week, compared to a 1.5 percent advance in the S&P BSE Sensex.

Adani Airports, according to AEL, is poised to dominate the airports’ industry, with a consumer base of more than 200 million people, thanks to the network effect and consumer attitude. Meanwhile, Adani Welspun Exploration stated this month that it has discovered significant volumes of gas and condensate at three reservoir levels after drilling an exploration well in the NELP-VII region (MB-OSN-2005/2) in March 2021. Adani Welspun Exploration is a 65 percent joint venture between the Adani Group and Welspun Enterprises Limited (35 percent shareholding).

Additionally, data acquired from the discovery well is being analyzed for seismic inversion, conventional core, and PVT investigations to determine the full potential of the find; preliminary results show possible upsides to projected resources, according to the business. Preliminary data analysis suggests that the Block has a significant commercial potential, with Contingent Gas Initially Inplace Place (GIIP) resources (2C) of 514 billion cubic feet (BCF) and Prospective resources of 50 BCF. 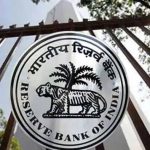 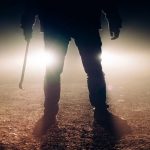