New Delhi: A court blocked Future Group‘s sale of a swathe of assets to rival Reliance Industries on Tuesday after Amazon raised objections to the $3.4 billion deal in a battle of the retail titans that could reshape the shopping sector.

The decision is a setback for Future, the country’s second-largest retailer with over 1,700 stores, which agreed to sell its retail businesses to market leader Reliance last year. It has said it could face liquidation if the deal falls through.

US online giant Amazon, which had its sights set on ultimately owning part of the retail assets itself, argued a 2019 deal with a unit of Future contained clauses prohibiting Reliance Retail from selling them to anyone on a “restricted persons” list, including Reliance.

It could help determine whether Amazon will be able to eat away at the dominance of Reliance, which sells through its network of more than 12,000 stores, at a time when the Covid-19 pandemic has seen shoppers race online.

After Future said it was not bound by an arbitrator’s order that put the deal on hold, Amazon last month urged the high court in New Delhi to enforce it.

Justice J R Midha said on Tuesday that an immediate order was necessary to protect the US company’s rights, adding that the arbitrator had “rightly proceeded” against Future.

“This court is of the clear view that the (arbitration) order … is enforceable,” Midha added. “All the concerned authorities are directed to maintain status quo.”

Amazon said it welcomed the order. Future said it would explore all legal remedies to pursue the deal.

Nevertheless, Reliance did not answer back to requests for comment. 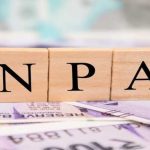 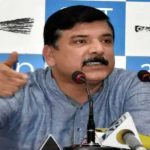