The competition law in India was enacted by the parliament in the year 2002 in the form of the Competition Act, 2002. It replaced the Monopolies and Restrictive Trade Practices Act 1969 which is popularly known as the MRTP act 1969. Because it had become irrelevant and obsolete on account of continuous development and changes in international economic affairs and more particularly in competition law in India. That’s why the government felt a need to set a committee to discuss the issues on competition policy and prepared a report recommending modifications in the MRTP act. Thus it ultimately led to the replacement of the previous act by the Competition Act, 2002. One of the most important elements of this act is the establishment of the Competition Commission in India.

The objective of the Competition Act 2002

The preamble states the aim of act as ‘keeping given the economic development of the country … to prevent practices harming competition, to promote and sustain competition in markets, to protect interests of consumers and to ensure freedom of trade’. This is a step towards the implementation and enforcement of the competition policy in the country and to prevent anti-competitive business practices. This act aims to protect the interests of consumers, ensures the freedom of trade carried on by the different groups and companies, promotes and sustains competition in markets.

Establishment of the Competition Commission of India

Chapter 3 of this act provides for the establishment of a Competition Commission of India. This Commission should comprise a chairperson and other members (2 to 6) who are to be appointed by the Central Government.

It is compulsory that the chairperson and all the members of the Commission should possess special knowledge and professional experience of not less than 15 years in economics, business, commercial law, international trade, etc.

Functions of the Competition Commission of India

Amendments to the Competition Act 2002

This act was amended in 2007 to allow domestic as well as international competition in the Indian economy. This has been done with the view to have economic development and liberalization. Changes under this amendment act were as follows:

This act was again amended in 2009. This amendment provides for the transfer of cases pending with Monopolies and Restrictive Trade Practices Commission to the Competition Appellate Tribunal or National Consumer Commission.

Penalties under the Competition Act 2002

This act also provides various penalties and punishments in case of non-compliance with the provisions and indulge in wrong practices:

Review of Orders of Competition Commission 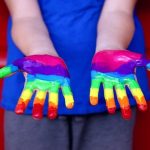 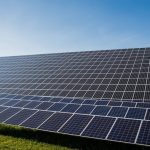