WhatsApp is making its way or instead has already made its way into the evolving, ever-growing payments market in India with WhatsApp Payments.

Albeit this feature is available only to 20 million users in India, it is still a tremendous step forward. India’s financial landscape is transforming drastically, and the whole ecosystem has boosted numerous start-ups in this sector. UPI giants like BHIM, Google Pay, and Paytm have truly revolutionised the way we pay, and by the looks of it, it is still not done. For WhatsApp to join this bandwagon does make sense.

In other words, these UPI apps have steered the paradigm transition from paying with cash to paying with mobile to such a magnitude that even sports betting sites in India now accept these options to add money, for example, websites like 10Cric.

WhatsApp was reasonable enough to realise the current landscape and agreed to build its payments ecosystem along those lines. WhatsApp Pay is powered by the BHIM UPI app and its payment partners in India. Money is transferred directly between banks through UPI-based apps, and the entire procedure is facilitated over WhatsApp messaging system.

Nonetheless, WhatsApp is just testing waters by the looks of it. Even though it is the most used app in India, it will be complicated to get the millions to use its payment system, particularly after the recent animosity. 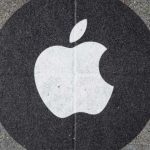