GST is a national tax that is levied on the manufacturing, sale, and consumption of goods and services. GST is an Indian tax reform with a wide foundation that commences the use of a competent and coordinated tax system. GST is a globally recognized idea that has been adopted by more than 140 nations. In most economies, the general rate of GST runs between 15% and 20%.

The GST Framework might likely be one of the most important tax measures to be introduced in Parliament for debate. It does present certain issues, such as the split of taxing power between the Centre and the States. The GST would be levied based on the destination concept. So the GST is divided into two parts: “one imposed by the Centre (hereafter referred to as Central GST) and the other charged by the States” (hereinafter referred to as State GST) However, the fundamental elements of law, such as chargeability, the definition of taxable event and taxable person, the measure of the levy, including valuation provisions, the basis of categorization, and so on, will be consistent throughout various statutes to the greatest extent possible.

Contribution of Service Sector in GST

Services represent a significant portion of the total Gross Domestic Product (GDP), and this is reflected in the significant contribution of Services in taxes as well. The service sector not only dominates GDP contribution but also invites foreign investment into the Indian economy. The service sector contributes heavily to exports while also providing a huge number of jobs. The services industry in India encompasses a wide range of activities, including commerce, hotel and restaurant operations, transportation, storage and communication, financial, insurance, real estate, commercial services, community, social, and personal services, and construction-related services.

How GST Affects Service Industry of the Economy?

The real estate business is one of the most important areas of the Indian economy, contributing significantly to job creation in the country. The impact of GST on the real estate industry cannot be properly quantified because it is heavily dependent on tax rates. However, the category will reap significant benefits from GST implementation, as it has introduced much-needed openness and responsibility to the industry.

The FMCG industry is seeing significant savings in logistics and distribution costs as a result of the GST, which has eliminated the need for several sales depots.

Freelancing in India is still a nascent business, and the laws and regulations governing this disorganized economy are in flux.” However, with GST, “it will become much easier for freelancers to file their taxes since they would be able to do so conveniently online.” They are taxed as service providers, and the new tax system has brought about uniformity and accountability in this market.

The GST system augurs well for the Indian startup environment, with increased registration limits, a DIY compliance approach, tax credits on purchases, and a free movement of products and services.” Previously, several Indian states had various VAT regulations, which was difficult for enterprises with a pan-India presence, particularly those in the e-commerce sector. GST has changed all of this.

The premium amounts on plans will rise, with an immediate impact on your term and endowment policy premiums as the rates for life, health, and general insurance have been enhanced under GST.

The GST impact on your returns from mutual fund investments would be mostly negligible because the GST will be imposed on the mutual fund’s TER or Total Expense Ratio.” The cost ratio of a mutual fund business is often referred to as the TER, and it is set to rise by 3%. The return you receive as an investor will be decreased to that level unless the particular mutual fund provider, i.e. AMC, absorbs it, which will be a marginal difference in any case. 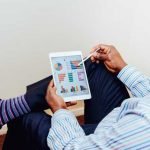