New Delhi: India has 100 unicorns with a combined market capitalisation of $240 billion, and two-thirds of them have undertaken after 2005 because of incredible changes in the funding, infrastructure, regulatory, and business environment; a Credit Suisse research report has said.

Employing a “rigorous investigation”, the report found more unicorns in India than conventionally reported. “An unprecedented pace of new-company formation and innovation in a variety of sectors has meant a surge in the number of highly-valued, as-yet unlisted companies. While conventional Unicorn lists show 30-35 names for India, our exploration reveals a 100 of them!” Credit Suisse’s India Market Strategy report said.

A unicorn is a privately held startup company with a valuation of over $1 billion. At the Prarambh: Startup India International Summit on January 16, Prime Minister Narendra Modi said there were only four Indian startups in the “unicorn club” in 2014, which grew to over 30.

With a rapidly growing economy, the market capitalisation of listed equities in India has soared, making India the eighth largest market globally and only 7% away from being the sixth largest after the US, China, HK, Japan, and the UK, the report said. “The number of listed companies with market capitalisation above US$1 bn has risen to 336 from 178 in 2010 and just 72 in 2005,” it added.

The report points at a diversified sectoral split. In addition to the primarily expected e-commerce, FinTech, education technology, food delivery, and mobility companies, a rapidly growing number of such firms in Software-as-a-Service (SaaS), gaming, new-age distribution and logistics, modern trade, biotech, and pharmaceuticals, it said. “These are only at the top of a fast-growing pyramid of 80,000 startups in India, which are incrementally now nearly 10% of new companies formed every year; the number of firms is up 70% in 8 years,” it said.

Although some geographical diversity in the cities where these firms have started, they are primarily concentrated in Bengaluru, Mumbai, Delhi, the National Capital Region (NCR), Hyderabad, Pune, and Chennai, according to the report.

“The surge in unicorns creates numerous large pools of risk capital: even at 15-20% residual ownership on average of these businesses, US$35-50 bn of wealth has likely been created,” the report said. 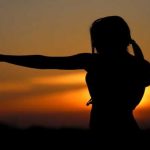 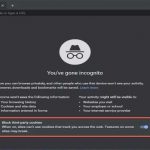