Neeraj Sinha, Head, Retail & Consumer Banking, SBM Bank India, said, “At SBM Bank India, we believe smart banking – is a combination of technology and banking as a service, solves problems and empowers people. In India, the penetration of credit cards is low owing to a lack of credit history and high delinquencies. We partnered with Paisabazaar to design a product that solved both these challenges – backed by a fixed deposit, it not only protects the quality of the assets but also helps build the credit score. We conducted a pilot program which witnessed great results and today we are launching the card for everyone.”

Low formal credit penetration in India is reflected in the domestic indebtedness to GDP ratio of the nation, which is substantially lower than in developed markets such as the UK and the United States. This is mainly because vast sections of people in India have not received official loans. While major banking and NBFCs usually service sectors like Salaried Prime effectively, there is little access to formal lending for other broader categories including Salaried Sub-Prime, NEW CREDIT, and SMEs.

According to an analysis by Paisabazaar, only ~25%-30% of those who apply for a credit card in India can get one. Around 30% of rejections for credit cards by banks are due to ineligible credit scores.

Naveen Kukreja, CEO & Co-founder, Paisabazaar.com, said, “For India’s leading industry, the big challenge remains market under-penetration. Even today, credit is restricted to only select consumer segments. At Paisabazaar, we are uniquely placed to expand the reach of formal credit, together with our partners. The Step Up Card, created with SBM Bank India, is a testimony to our commitment to serving underserved customer segments.” 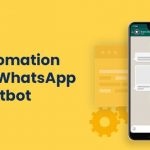 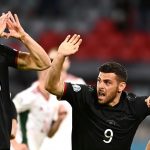