Paytm, India’s foremost digital payments company plans to raise roughly 218 billion rupees ($3 billion) in an initial public offering late this year, which might be the country’s biggest debut ever. The startup is backed by investors like Berkshire Hathaway Inc., SoftBank Group Corp., and Ant Group Co. expect to list in India around November, possibly around the Diwali festival season, according to a source who asked not to be identified because the specifics are confidential.

Paytm, officially known as One97 Communications Ltd., is aiming for a valuation of $25 billion to $30 billion. Morgan Stanley, Citigroup Inc., and JPMorgan Chase & Co. are among the banks nominated to oversee the Paytm offering, with Morgan Stanley emerging as the frontrunner, according to the source. The procedure is set to begin in late June or early July.

Paytm has had to contend with a slew of global companies, including Walmart Inc.-owned PhonePe, Google Pay, Amazon Pay, and Facebook Inc.-owned WhatsApp Pay. It controls the lion’s share of the merchant payments market in India. According to a recent business blog post, Paytm has over 20 million merchant partners and its consumers do 1.4 billion monthly transactions.

According to the CEO, Paytm had its greatest ever quarter in the first three months of this year, because of pandemic-related expenditure that boosted digital payments. 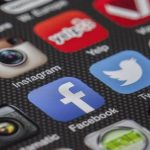 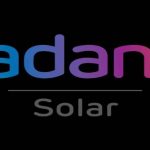