In accordance with the Chronicle of Philanthropy’s annual list of top donations in the year 2020, Amazon’s Founder and CEO Jeff Bezos generated the single-largest charitable donation of $10 billion to encourage fight climate change. Putting aside Bezos’ donation, the tally of the remaining top 9 contributions last year comes to $2.6 billion – the lowest since 2011. The Chronicle’s annual orders are based on the ten most prominent publicly declared gifts. The list does not comprise contributions of artwork or incognito donations.

2. Nike co-founder Phil Knight and his wife, Penny, gave $900.7 million to their Knight Foundation and $200 million to the University of Oregon.

3. Fred Kummer, founder of construction company HBE Corporation, and his wife, June, gave $300 million to establish a foundation to support programs at the Missouri University of Science and Technology. (Image: edu)

4. Mark Zuckerberg, founder of Facebook, and his wife, Priscilla Chan, made two contributions; $250 million in September and $100 million in October, both to the Center for Tech and Civic Life on voting security issues in the 2020 election. (Image: Reuters)

5. Arthur Blank, co-founder of Home Depot, gave $200 million through his foundation to Children’s Healthcare of Atlanta to build a new hospital. 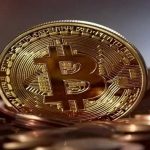 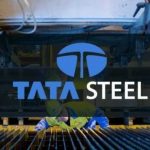