The National Company Law Tribunal (NCLT) has asked the committee of creditors to consider the offer made by the company’s former Chairman & Managing Director, Kapil Wadhawan, within the next 10 days.

This comes even as the bid submitted by Piramal Capital & Housing Finance Ltd (PCHFL) is in the final stages of approval. The CoC had voted in favour of the Piramal’s offer after three rounds of bidding. The Reserve Bank of India has also given its no objection certificate to Piramal’s proposal.

Wadhawan, in a letter to DHFL Administrator and CoC, claimed that his proposal in December to CoC provides for full repayment of the principal to all the creditors. His proposal includes an upfront payment of ₹9,000 crores in cash, out of the free cash on the books of DHFL and ₹31,000 crores to be paid within seven years in equal annual instalments with 8.5 per cent interest.

Experts asserted that the NCLT ruling was remarkable, provided that the problem of whether a defaulting promoter can contest for assets under the insolvency process, has been long come to terms.

“In such pursuit, the NCLT Mumbai, by its decision in the DHFL case, has landed the contentious insolvency between the devil and the deep blue sea,” Nadiya Sarguroh, Senior Associate MZM Legal said.

According to Sarguroh, the NCLT, it appears, may have crossed the thin line, making way for promoters to regain control of the debtor company, contrary to the provisions of Section 12A of the IBC which allows the promoters to regain the company only prior to finalisation and approval of the bid by the CoC as well as Section 29A of the IBC which prohibits wilful defaulters and promoters of defaulting firms from presenting resolutions.

Jay Parikh, Partner, L&L Partners, said while the settlement offer by Wadhwan seems to be more attractive than Piramal’s, the lenders have a tightrope-walk ahead, especially if they now choose to settle with the promoters given that the CoC has rejected earlier offers citing Section 29A (IBC) ineligibility.

Recently, lenders allowed an offer by C Sivasankaran to retake control of his company by paying an amount higher than the liquidation amount. But in that case there were no bidders for his company.

In the case of DHFL, Piramal has offered a total consideration of ₹34,250 crore, which includes an upfront cash component of ₹14,700 crore (including cash on DHFL’s balance sheet) and a deferred component (non-convertible debentures) of ₹19,550 crore.

Bankers say since Piramal’s resolution plan has been approved by majority of the lenders, it is unlikely that their decision will change now just because NCLT wants to review.

“However, the only saving grace in the NCLT order is the intent of trying to recover 100 per cent of the debt with this bid, (from Dhawan) which can be done by the lenders prior to any approval finally passed by the NCLT,” said Sarguroh. 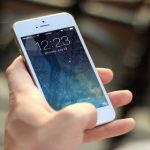 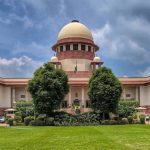