Budget 2021 getting presented on February 1st would have a direct impact on the public in general. However, apart from the union budget, some other significant changes will happen from February 1st and will have a substantial effect on the money matters of the Indians. Oil companies increasing LPG cylinder price, Punjab National Bank or PNB changing its ATM cash withdrawal rules for its debit cardholders, to Air India starting new domestic and international flights are some of them. We list out below some significant changes taking place from February 1st.

On every first day of the month, oil companies announce LPG prices. Hence, this will be one of the significant changes from February 1st as it directly connects with the middle and lower class. In December 2020, oil companies had increased the LPG gas price twice and kept the LPG gas cylinder price unchanged in January 2021. Hence, the LPG price hike is widely expected from February 1st.

When Finance Minister Nirmala Sithaaman stands to present the Union Budget 2021 in the parliament, the salaried middle class can expect relaxation in income tax. The business community can expect tax cuts in customs duty and import duty to boost ‘Aatma Nirbhar Bharat.’ The salaried middle class may get an increase in zero income tax liability cap increased by an additional Rs 50,000 to Rs 1,00,000, claims some media reports. Similarly, the PPF cap for a particular financial year can be raised to Rs 2.5 lakh. In comparison, income tax exemption under Section 80C is expected to go up to Rs 3 lakh in the upcoming budget.

Punjab National Bank (PNB) has already announced to change its ATM withdrawal rules that have been widely appreciated as it would help contain online bank fraud. Informing the PNB customers, the public sector bank tweeted, “To protect our esteemed customers from fraudulent ATM activities, PNB will be restricting transactions (financial & non-financial) from Non-EMV ATM machines from 01.02.2021.” So, from February 1st, PNB customers won’t be able to withdraw cash from Non-EMV machines.

5.PMC Bank deadline for a new offer by investors

The PMC Bank management has decided to restore the bank’s lost pride by again starting its operations. In this regard, they have asked their investors to give their new offer, and for that, the deadline is February 1st. Like Centrum Group-BharatPe and UK-based Liberty Group, some of its investors have already given their proposal to the PMC Bank. 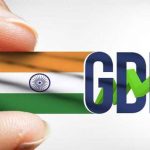 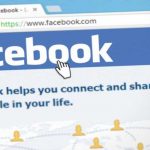