The Future Group has alleged in the documents submitted with SIAC (Singapore International Arbitration Centre) that US e-commerce giant Amazon had asked Future Group for $ 40 million to drop its “Right of first refusal” to buy Future Group’s assets in Future Retail.

As reported by Times of India, the Future Group said that Abhijeet Mazumdar, Head of Corporate Development and Private Investment, Amazon had made a verbal offer to Kishore Biyani for “$40 million as compensation in exchange for the Future Group and Reliance proceeding with the disputed transaction”.

In October, Amazon accused Future group of defying interim order from the Singapore Arbitration Court that ceased the asset sale. Amazon says, Future Group violated a partnership contract with the asset sale to its rival Reliance Industries Ltd. and wants to scuttle it, while the indebted Future Group says it would collapse if the transaction fails.

The Future Group and Amazon are locked in a legal battle over the Future Group’s deal of around Rs. 24,000 with Reliance Industries Ltd. announced in August. Both the companies’ legal battle in Delhi High Court about the viability of the award of the emergency arbitrator in India.

Now Amazon has filed a special leave petition (SLP) in the Supreme Court, appealing against the Delhi High Court order that allowed Future Group to continue with the deal of Rs. 24, 713 with Reliance Industries Ltd. The court stated that Amazon’s NV investment cannot interfere in the Future Group and RIL deal.

“We have been informed by Kishore Biyani on behalf of the existing shareholders forming part of the promoter group and Future Coupons Limited (promoters) that they have entered into a share subscription agreement and a shareholders’ agreement with Amazon.com NV Investment Holdings LLC (Amazon),” Future Retail said in a BSE filing on 16th January 2020. 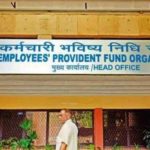