There is no legal concept of life insurance, although it has been defined as an insurance scheme in which the insured decides to pay certain sums referred to as premiums for a predetermined term and the insurer have promised to pay certain amounts of money on certain terms and in a specified manner on the occurrence of a particular incident, based on the duration of human life.

Purpose and Object of Life Insurance

A ‘life insurance policy’ is a legal contract and has prescribed terms and conditions of the contract. Specific exclusions are written in the contract to limit the liability of the insurer.

The main purpose and object of the assured in taking policies from life assurance firms is to safeguard the interest of his dependents, that is, wife, children, and parents because within the event of premature death of the assured as a result of the happening in any contingency. A life assurance policy is additionally accepted as security for even a commercial loan.

(a) A contract referring to human life.

(b) Provides for the payment of the lump sum payment.

(c) The balance shall be collected after the expiry of a certain term or after the death of the insured person.

Definition of Suicide in Law

Suicide is a deliberate and intentional act on the part of the self-destroyer. This includes some act of self-destruction. Historically, suicide was known as the Latin phrase “Felo De Se” or the English word “Felonia De Se” and is used to describe those who attempted to commit suicide.

The Athenians would “punish” the self-murderer by cutting off his hand or, more specifically, by cutting off the body of the self-murderer. The dominant opinion at the time was well summed up by Plato (427–347 B.C.), who wrote: “He is a prisoner who has no right to open the door to his prison and to run. He should wait and not take his own life before he is called by God.”

A life insurance policy is typically taken by someone to ensure that their family stays financially stable after the policyholder dies. But what happens when the policyholder commits suicide? Will the policy beneficiary be guaranteed the sum?

All this depends on the policy terms. Commonly, it may not be included in the initial years, but suicide is typically covered 12 months from the date of purchase of the policy. In such a case, during the policy period (after 12 months of issue), the policy will pay the family (whoever is the nominee) the death benefit (the sum assured) if the policyholder commits suicide.

The increase in suicide rates since 1990 had compelled the IRDAI to amend the suicide clauses for life insurance policies for term policies issued before 1 January 2014, the nominee is not entitled to any death benefit in case of the insured’s death caused due to suicide.

Term policies issued from 1 January 2014 provide suicide death cover to the insured’s family subject to the following terms and conditions:

The President promulgated the Insurance Laws (Amendment) Ordinance, 2014 on December 26, 2014. The Ordinance amends the Insurance Act, 1938 (the Act), the General Insurance Business (Nationalization) Act, 1972, and the Insurance Regulatory and Development Authority (IRDA) Act, 1999.

A suicide clause in life policies that involves suicide “Felo De Se” not only legalizes the act of taking one’s own life but is also contrary to public policy in India.

Carrying out suicide plans in cases of deliberate self-destruction would in a sense encourage commercially organized suicide. Several of these media events have not drawn the attention of Indian lawmakers and policymakers. Living in hardship, tens of thousands of hungry Indians killed themselves last year, mainly because of unpaid debt. That was to change the supporting framework of microfinance firms.

But it is very difficult for the investigation authorities, as well as the prosecutors, to determine such stuff since no one is aggrieved by the case to put the case before the court and the police. Since the legitimate agents and beneficiaries of the insured themselves would profit from the circumstance and establish that such things would go against their interests.

The premise that real-life law legalizes suicide arrangements in the case of intentional death is that no one can wait for a prescribed time of one or two years and then commit suicide in no way justifies the act. On the contrary, if a person finds himself in a position of financial hardship in the middle of his / her life, he/she should choose to kill himself/herself for the sake of his / her beloved family rather than live in poverty with them.

The suicide clause contained in life insurance plans in India is close to that of other insurance providers in various parts of the world. This means reimbursement or refund of the insurance to the recipient if the claimant attempts suicide during the specified span of one to two years, as provided for under the contract if the insured kills the insured with a stable state of mind.

The practice of offering survivors and borrowers the benefits of life insurance schemes in the case of intentional suicides for welfare benefits is not only contrary to public policy in India but would also lead to a spike in economically planned suicides. The values and the dignity of the people would degenerate against the economic needs of the few.

Although insurance is not a significant cause of suicide, it is also in distress, knowing that mortality is a financial opportunity for their families and can offer extra inspiration. 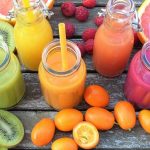