The Insurance Company is exclusively liable for paying the benefits specified in your policy. To avoid all types of claim-related problems, you should thoroughly grasp the policy wordings. Make sure you understand what your health insurance policy does not cover. Waiting periods, exclusions, and sublimit are terms that are not expressly revealed by the insurer and that the client desires to understand.

Insurance companies also use different forms of capping in their health insurance policy, such as co-pays, limits on surgical expenditures, and so on. The client will carry a portion of the acceptable claim as a co-pay. Consider the following scenario: you claim Rs. 2 lakhs, and the allowable claim is Rs. 1.80 lakhs (expenses authorized by the insurer from your initial claim), with a 10% co-pay.

For example, some health insurance policies contain a 30-day cooling-off period, which implies that any claim originating from illness/disease contracted within 30 days after policy purchase will not be resolved, with the exception of those stemming from an accident. In addition, certain diseases or types of ailments have time-bound exclusions or waiting periods. Many diseases are covered by a health insurance coverage after a certain number of years. Few insurance may cover them beyond one year, and even fewer after two or four years. Pre-existing illnesses are also covered after a certain number of years, which might be two, three, or four years, depending on the insurance company.

Any disparity, whether it is a real mistake while filling out the form, such as a spelling error, or a true attempt to conceal facts such as age, yearly income, lifestyle, and family health details, can result in not only the claim being rejected, but also the policy being terminated. Often, the sum insured is dependent on yearly income, and giving false income information in order to obtain a greater sum insured might result in claim denial.

Policyholders may purchase insurance with the intention of using it for future treatment, but they may forget that pre-existing conditions are not covered and may seek to conceal medical information, which can result in claim denial. Most insurance companies do not cover pre-existing illnesses like high blood pressure, therefore any medical expenditures incurred as a result will be uninsured. This is usually done to prevent people from purchasing insurance right before being admitted to the hospital for a pre-existing medical condition.

There have also been reports of people waiting a week or a month before renewing their insurance, falling unwell during that time, and being rejected a claim. This is due to the fact that the policy expires on its last day. As a result, even if one is admitted to the hospital the next day, his or her insurance will be ineffective. That is why it is critical to renew the coverage before the deadline each year.

The irony is that the consumer learns about the coverage, terms, and conditions in great detail only after filing a claim against the insurance provider, and much more so when the claim is denied. Let’s face it: the finest understanding of the nitty-gritty of an insurance policy is obtained during a claim denial. The major cause for any escalation by the client against the insurance provider is claim denial or claim rejection. One of the primary reasons for such escalations is a lack of awareness regarding coverage, exclusions, and other terms and conditions. These exclusions and rejection should be understood when you get the insurance document, not after your claim is denied. 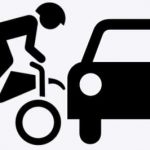