Foreign Direct Investment (FDI) is an investment made by a company or an Individual from his country into business interests located in another country is called foreign direct investment.

In India, the Investment climate changes tremendously since 1991 when the government opened up the economy and initiated the LPG strategies.

India has 3 route through which FDI flows:

Regulatory Framework for FDI in India

In India, several laws are regulating FDI inflows. They are:

Foreign Exchange Regulation Act, 1973 (FERA) was replaced by the Foreign Management Act, 1999 (FEMA) & was enacted by the Parliament of India & came into force on 1st June 2000. There are 49 sections divided into 7 chapters. FERA was replaced because it was not suitable for the prevalent environment and it contained harsh provisions such as imprisonment but, FEMA was introduced with the changes of the new liberal and changing environment. Earlier FERA was passed due to the insufficient foreign exchange in the country and FEMA came intending to relax the controls on foreign exchange in India. The head office of FEMA is in New Delhi.

FEMA does not apply to the Indian citizens who live outside India. To consider by FEMA the person has stayed in India for more than 182 days in the preceding financial year.

FEMA gave authority to Central Government to impose restrictions on and supervise 3 things- payments made to any person outside India or receipts from them, forex, and foreign security deals. The area was specified for holding of forex that required specific permission from the Reserve Bank of India (RBI) or the Government.

Two types of transaction done under FEMA which is current and capital account.

Amendment in the regulation of FDI

To protect the country from the opportunists to takeover and acquisition on India companies due to the COVID-19 pandemic, FEMA amends the rule which was effected from 22 April 2020 through this rule it is now necessary for the investor (Entities) to take the prior approval the govt. here entities are those entities who share the boundary with India like Nepal, Bhutan, Pakistan, Sri Lanka, Bangladesh, Myanmar, Afghanistan, but most importantly China. This amend is also applies to the transfer of Beneficiary Ownership of any existing or future FDI either directly or indirectly.

How this impacts us 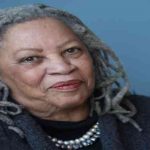 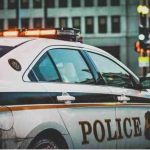