The Securities and Exchange Board of India (Sebi) has imposed a penalty of Rs 25 crore on the Ambani family and firms linked to the promoter group to violate takeover code regulations in the year 2000.

In January 2000, the promoter stake in Reliance Industries (RIL) had increased by 6.83 percent following the conversion of warrants issued in 1994.

However, the promoter group failed to make an open offer as a mandate under the Substantial Acquisition of Shares and Takeovers (SAST) Regulations 1997.

Under regulations, a promoter group acquiring more than 5 percent of the voting rights in any financial year ending March 31 needs to make an open offer to minority investors.

“It is noted that in the instant matter the noticees have been alleged to have failed to make public announcement to acquire shares of RIL and deprived the shareholders of their statutory rights / opportunity to exit from the target company, and therefore they breached the provisions of Takeover Regulations. Such charges against the noticees make the instant matter grave,” SEBI has said in an order.

The penalty of Rs 25 crore will have to be jointly paid by the 34 individuals and entities allotted the warrants in 1994. These include brothers Mukesh and Anil Ambani, their mother, wife, and children.

Under Section 15H of the SEBI Act (amended in October 2002), a maximum penalty of Rs 25 crore or three times the amount of profits made out of the failure is allowed.

SEBI, in the order, said it was difficult to specify the unfairness again made by RIL promoter entities.

“…while determining the quantum of penalty, I note that no quantifiable figures or data are available on record to assess the disproportionate gain or unfair advantage and amount of loss caused to an investor or group of investors as a result of the default committed by the noticees.”

The market regulator issued show-cause notices in this matter in February 2011. 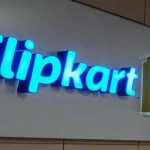