The Doctrine of Ultra Vires: What do we know about it?

Companies may need to borrow money for a variety of initiatives they are working on. No business could possibly function without borrowing occasionally since it is an essential component of day-to-day operations. Companies publish their balance sheets every year, and it’s rare to find one without borrowings included under the liabilities section. There are several limitations to these types of borrowings, though. Borrowings made by corporations that exceed their borrowing authority may be considered ultra-vires.

What is the Doctrine of Ultra Vires?

The law governing corporations holds a prominent position in the corporate legislative landscape since it not only addresses a company’s structure, management, and administration but also places a strong focus on how a corporation conducts its business. It appropriately acknowledges the legitimate interests of creditors and stockholders.

Therefore, it becomes crucial for a business to make sure that its actions don’t harm the interests of its stakeholders. However, because a firm is an artificial entity, the people in charge of overseeing it daily would be held accountable for any unethical actions or inactions.

The notion of ultra vires was created with the idea that a business must operate within the bounds of its jurisdiction without going beyond it. The Latin phrase beyond vires means “beyond the powers” or “beyond the authority.” It simply refers to actions made by a business or its executives that go outside of the legal or corporate authority that has been provided to them.

Need for the Doctrine of Ultra Vires

According to this philosophy, the company’s owners and creditors are guaranteed that its cash will only be used for the purposes laid out in its memorandum of incorporation. Investors in the firm may be confident that their money won’t be used for purposes that weren’t disclosed at the time of investing in this way. If a firm’s assets are used improperly, this might lead to the company’s insolvency, which would prevent the company from paying its creditors. This doctrine aids in averting such a disaster. This approach clearly delineates the point at which corporate directors are not permitted to act. The directors’ actions are restrained by it, and it keeps them from straying from the company’s goal.

As was already said, the term “ultra vires” basically refers to any activity or transaction that is outside of a company’s legal authority. According to company law, a transaction must meet one of the following four criteria to be considered supra vires:

It is an undeniable reality that a company’s authority primarily stems from the legislation that governs it. A company is defined as one that was founded under the 2013 Companies Act (hereafter referred to as “the Act”) or any prior company legislation, as per Section 2(20) of that law. It is essentially limited to the authority granted to it by the legislation, whether explicitly or implicitly.

According to Section 6 of the Act, no matter what contrary provisions are found in a company’s memorandum or articles, any agreements it has signed, any resolutions it has passed at a general meeting or by its board of directors—whether those documents were registered, executed, or passed, as the case may be, before or after the start of this Act—the provisions of the Act will take precedence.

Additionally, it renders any term in the memorandum, articles, agreement, or resolution invalid if it conflicts with any of the Act’s requirements. Therefore, provisions that go against the core values of the company’s jurisprudence would have no legal impact.

No business could possibly function without borrowing money. However, it is also important to safeguard investors’ and creditors’ interests. Any improper or careless behavior might lead to the company’s bankruptcy or winding up. They can suffer large losses as a result of this. Therefore, particular measures are incorporated in the company memorandum that describes the firm’s objectives to safeguard the interests of investors and creditors.

Directors of the firm are only permitted to take actions that are consistent with the power granted to them by these goals. Any borrowing that goes beyond the scope of these goals stated in the memorandum will be regarded as ultra-vires. Directors are personally liable for any borrowing made by an ultra-vires act since it is null and invalid from the start. The shareholders may, however, approve such borrowings if they pertain primarily to the company’s articles of incorporation or its ultra-vires directors. They will thereafter be regarded as legitimate following this confirmation.

Therefore, directors must exercise extreme caution when borrowing money since doing so might subject them to personal liability for the repercussions of their actions as well as cause significant losses to creditors and investors. 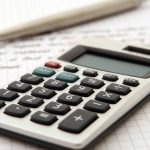 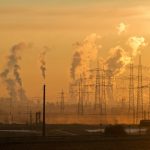