The Huawei Technologies Co. Ltd is a popular Chinese company that has made headway within the Information Communications Technology (ICT) industry across the globe was founded in 1987 by Ren Zhengfei and started as a sales agent with the mission to provide consulting and operational services to most of the enterprise in China and beyond. After a few years, the company got a research center of its own and started doing research and development, this is one of the breaking points of the company. It was initially a private company before it metamorphosed to forming partnerships with other companies. I will be taking you through the

Huawei was initially known in selling Antennas and base stations, but it hit differently and as a shock to the whole world in 2016 when it made its aspiration to overhaul Apple and Samsung is becoming the globe’s No. 1 smartphone maker within the next half-decade.[1] In the words of Richard Yu CEO of Huawei’s consumer business group made in November 2016:

Innovation according to the World Intellectual Property Organization (WIPO) is the means of doing something new that improves a process or service and can also be put as the new solution to a technical problem, these can be protected through Patents as one of the Intellectual Property (IP) Rights. An invention uses technology to solve a specific problem, it could either be a product or a process. Patent on the other hand is a legal document that grants the exclusive right to the use of a patent technology and rewards inventors for their successful technology, in addition to the reward, a patent also tells the world about one’s invention. The criteria to satisfy before obtaining a patent are clearly spelled out in the IP National laws and this varies from country to country, but generally, the TRIPS Agreement provides that an inventor must prove the following:

SECURITY CONCERNS OF THE 5G NETWORK

The controversy surrounding the Chinese Tech company by the Western countries has taken a different dimension with the introduction of the 5th generational 5G network. While countries like Australia has adopted a hard line against the company, the US has still maintain a strong accusation that the company’s rise as a global technological superpower is affiliated with the flow of financial capital through government subsidies of China. Other security threats include:

While countries like the US have considered the Chinese company innovation as a security threat, countries like the UK and Australia have maintained a neutral and pragmatic approach since it had not found evidence of malicious Chinese state cyber activity through Hauwei. Managing the risk to cybersecurity and national security will become more complex in a 5G era but countries who have relied on Huawei in the past and would not want to face a trade war with China will have to live to accept such reality because they would not easily rip off existing 4G infrastructure.

Martha Babatunde is an alumni of Igbinedion University Edo State, Nigeria and recently graduated from the Nigerian Law School, Abuja, Nigeria. She is currently a Graduate Trainee at a top tier firm in Nigeria and has gained work experience in the firm. She has an effective communication and organizational skill. Martha has a keen interest in Intellectual Property and Technology and is currently taking courses on Data Privacy Protection.

At her leisure, Martha loves to writes articles and review documents 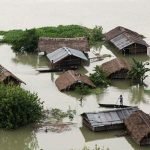