Purchasing a franchise might be a terrific option for a would-be entrepreneur who does not want to start a new firm from scratch. In principle, franchisees get a model that already works on every level, from branding to pricing to marketing.

What is a Franchise Business?

A franchise (or franchising) is a method of distributing products or services that involves a franchisor, who establishes the brand’s trademark or trade name as well as a business system, and a franchisee, who pays a royalty and, in some cases, an initial fee for the right to do business under the franchisor’s name and system.

The “franchise” technically refers to the contract that binds the two parties, but it is more generally used to refer to the actual business that the franchisee conducts. The technique of developing and spreading a brand and franchise structure is commonly known as franchising.

The term “franchise” has not been defined under Indian law. However, its meaning can be derived from the Finance Act of 1999, which states that a “franchise” is an arrangement that allows the “franchisee” (as defined below) to sell or produce goods, offer services, or pursue companies affiliated with the franchisor.

Services that Franchisors Provide to Franchisees

The function of Franchise Business

The franchisee can sell these items and services as a branch of the parent firm. It may even employ franchise rights to offer these items under its brand.

The franchisor may award franchise rights to one or more people or businesses. As a result, if just one individual obtains these rights, he becomes the only seller of the franchisor’s products in a given market or geographic area.

Examples of Franchise Business in India

Franchise agreements in India aren’t governed by any franchise-specific legislation but by various applicable statutory enactments of the country. A few of them includes: 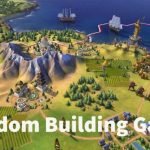 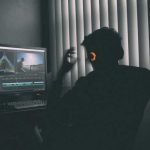