What is Foreign Exchange Regulation Act (FERA)? All you need to know about it.

What does FERA mean?

In 1973, the Foreign Exchange Regulation Act, or FERA in short was passed into law. The Act intends to control certain foreign exchange transactions, keep track of any activities that may affect currency imports and exports, and puts limitations on specific payment methods. The goal was to maintain India’s foreign reserve status by regulating and controlling foreign exchange.

Essential features of the FERA Act, 1973

The FERA was intended to conserve the nation’s foreign exchange resources and applied to all Indian nationals. Some of the key features of the legislation include the following:

Replacement of the FERA Act

The Atal Bihari Vajpayee administration replaced FERA with FEMA (Foreign Exchange Management Act) in 1999 because FERA did not adhere to the government’s post-liberalization plans. By way of a parliamentary act, the Foreign Exchange Management Act of 1999 (FEMA) became operative. It came into effect on December 29, 1999, and adheres to the guidelines of the World Trade Organization(WTO). The Prevention of Money Laundering Act, of 2002, which went into force on July 1, 2005, was also made possible by this.

What are the main features of FEMA?

FEMA is a law that was put into place to help with international trade and payments as well as to support the country’s currency market being managed in an orderly fashion while FERA was published to control payments and foreign exchange in India.

FEMA’s principal goal is to aid in the orderly growth and upkeep of India’s foreign exchange and assist with the facilitation of payments and commerce outside of India. It outlines the steps, regulations, and transactions for all currency exchanges in India.

What is the punishment for breaking the FEMA Act?

When a violation is measurable, the adjudicator—an officer with the ED—can impose a fine that is three times the amount of the violation. The fine is fixed at Rs 2 lakh if the violation is not measurable. A further fine of Rs 5,000 per day of infringement may be levied in cases where the infraction is ongoing.

While FERA has helped in the growth and maintenance of the Indian foreign exchange and monitored cash payments, FEMA is a more uniform and standardized act that gives us a more efficient result in the upkeep of international trade and payments of India. 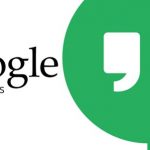 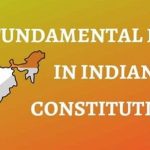