Many ancient ethical and theological systems place a premium on humility. For example, the Confucian version of humility is fundamentally other-oriented in spirit, continually prioritizing societal welfare over the fulfilment of our particular goals. Humility, in its traditional Chinese form, may considerably improve social cohesiveness and our sense of belonging.

Socrates, the Greek philosopher, believed that knowledge is, above all, understanding what we don’t know. He taught an intellectual style of humility that freely admits knowledge gaps and humbly attempts to fix blind spots.

Humility as a Leadership Quality

Humility may not be the first attribute that springs to mind when considering leadership qualities, yet research shows that it is one of the most important characteristics of effective leaders. Humility in leaders fosters trust, empowers subordinates, views failure as a challenge, and fosters a team spirit, all of which leads to happier employees and more profitability for the organization. When you think about humility in that context, it becomes a critical ability in leadership because it shifts the attention from the ‘I’ to the ‘We.’ Humility in leaders engages us and gives us a feeling of identity and purpose.

The secret to growing humility is as difficult to put into practice as it is to describe. The first step is to recognize and appreciate your abilities and talents.

The second stage is to be willing to learn via difficult and humiliating situations. Everyone makes mistakes or falls short of expectations at some point in their career, and the more a leader pushes himself or herself to improve, the more such experiences they will have. Wait for others to weigh in before delivering answers when holding a meeting. This letting go can be difficult, especially for experienced leaders who have dealt with similar issues in the past. However, allowing team members to address the issue not only allows them to grow but also frees you up to deal with higher-level challenges.

The first and most difficult step in adopting humility is recognizing that your ego is getting in the way. Once you’ve done that, the following actions of humility will be much simpler to perform:

Appealing to the greater goal of accountability to the business or community is what humility entails. As a result, it does not deprive you of power but rather increases your authority as a leader. “Humble leaders hold people accountable, conduct unpleasant talks, and make painful decisions. They serve as role models, putting the greater good ahead of self-interest. People will leap over a cliff for those sorts of leaders.” 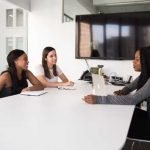