Rum is a strong and colourful alcoholic beverage that is consumed by billions of people worldwide each year. Because of its warm and sweet flavour profile, rum, which originates in Sanskrit literature, is the go-to alcoholic beverage throughout the winter season. Rum is named after the English term “rumbullion,” which roughly translates to a liquid made by boiling sugar cane stalks. Since the 14th century, rum has been the alcoholic drink of choice for winters all over the world. The great thing about rum is that you can find fantastic alternatives on a budget, which isn’t always the case with more expensive spirits like whiskey, gin, and wine.

Rum, as previously stated, is an alcoholic beverage whose origins may be traced back to Sanskrit literature. It initially appeared in popular culture in 1364, when the King of Cyprus delivered rum as one of the presents. It has now spread around the world, and millions of alcoholic drinkers adore it. Rum, unlike whiskey and some wines, does not have a fixed formula. Rum, on the other hand, is typically made from sugarcane juice that has been fermented for months or years, with water being the most important component. Dark, flavoured, gold, light, spiced, and brown rums are available from popular brands.

How to Drink Rum?

Rum is usually blended with water or carbonated soft drinks to cut the alcohol content and improve the flavour. This is due to the high alcohol content of most rums. Some of the most well-known rum beverages include the Daiquiri, Mojito, and Pina Colada. You may use these during home parties or when relaxing at a club or tavern. There is no single correct way to drink rum, and it can be savoured in a number of ways.

How Do We Pick the Best Rum Brands in India?

Rum is one of the most complex and powerful beverages. It includes various components, including the amount of alcohol, the flavour, and the price. We’ve produced a list of the best rum brands for nearly every sort of drinker. Some of India’s greatest gin and vodka brands may also be found here.

In India, Old Monk is connected with rum. For years, Mohan Meakin’s Old Monk rum brand sold vatted black rum, which was the best-selling Indian-made liquor. The brand value of Old Monk is estimated to be more than $240 million.

Cabo is a unique coconut white rum that is possibly Goa’s most well-known liquor brand. White rum and coconut extract are used in the company’s drink. Cabo rum is no longer sold outside of Goa.

Makazai is a fresh new Goan rum. It is a completely Indian rum brand, with all components sourced and bottled across the states.

Segredo Aldeia, which translates to “Secret Village,” is one of India’s few artisanal rum producers. The company was formed in Goa with the goal of recreating a rum that had been lost in the villages of the past.

Barcelo is a one-of-a-kind Dominican Republic rum brand. Since its inception in 1929, the distillery has produced one of the world’s most well-known rum brands.

In 1934, Havana Club, one of the most well-known rum brands, was launched in Cuba. The brand has been nationalized and later collaborated with the Cuban government and Pernod Ricard since the Cuban revolution. The ownership of the brand is presently being challenged.

Amrut is a well-known alcohol brand in India, particularly for its single malt whiskies. Amrut’s rum, on the other hand, is well-known among Indian rum enthusiasts. Amrut Two Indies rum, in fact, has been a market favorite for the previous nine years.

Rum is one of the oldest and most popular alcoholic beverages in the world, particularly during the winter months. We’ve compiled a list of the greatest rum brands in India, including a variety of styles and pricing points. While our favorite party rums include Old Monk, Havana Club, and Amrut Two Indies, you may browse the list and choose according to your budget, rum type, and taste profile. 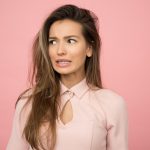 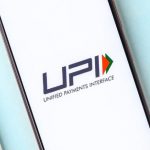