Around the ’70s in India, the autonomous women’s movement raise the awareness of violence against women. After that, The Indian Penal Code (IPC) is proposed to be amended in 1983 to make cruelty to women by her husband or any relative of her husband punishable with imprisonment for a term which may extend to three years and also with fine. Wilful conduct of such a nature by the husband or any relative of cause grave physical or relative of her husband to coerce her or any of her relative to meet any unlawful demand for the property would be punishable as cruelty.

But this was limited to the definition of domestic violence to dower-related cruelty or “extreme cruelty”. Extreme cruelty is defined as that which could cause “grave injury” or drive a woman to suicide. But then in 2005, landmark legislation finally extended the definition of domestic violence and added verbal, emotional, economic, emotional abuse, sexual abuse.

Is it normal for a husband beating wife?

Why does a husband beating a wife or domestic violence happen?

Domestic violence has the highest repeat rate of all the crimes in the world. It’s rarely a stray, one-off incident, its terms from a systemic problem with power dynamics within families. Girls are socialized into believing that keeping their husbands and their family happy is an essential part of their marital duties, while for men marriage is often framed as bringing someone into the family, whose primary role is to take care of the family. Husband control their wives after marriage is socially sanctioned, Even research shows that not taking the permission of the husband even for simple tasks, going out, or talking on the phone is one of the most common reasons men give for inflicting domestic violence.

It’s little surprise that women in crisis have nowhere to turn even 75% percent of women who are subjected to domestic violence don’t seek help (National family health survey, 2006).

Types of abuse covered under Act

Physical Abuse – A act that causes bodily pain, injury, harm, or danger to life or health, or any act that may harm the health or develop into an aggrieved person.

Sexual Abuse – Any conduct which sexual that humiliates, degrades, abuses, or violates the dignity of women.

Verbal and Emotional Abuse – Insult, humiliate, or name-calling for not having a child or male child, threat to cause physical hurt to any person dearest or aggrieved person.

Economic Abuse – Deprived the Spouse of economic or financial Support which is her necessity entitled by any custom or any law.

Who and what rights are covered under this act?

Women– Any woman who is lives in a spouse shared household or related to him by marriage, adoption, by blood, or Adoption, and also includes women who are living as sexual partners like marriage.

Children– Children below the age of 18 year includes step, foster, or adopted who have been subjected to physical, mental, or economical torture, any person can file a complaint on behalf of the child.

Right– Women have the right to live in the shared household, even there is no right or title of the household, a part of a household will be allotted to her for her personal use.

A woman who is a victim of domestic violence will have the right to get assistance and service from police officers, shelter homes, as well as the right to file a complaint about matrimonial cruelty under section 498A of IPC.

Right to have Issuance of Orders

Protection order- The court pass order to protect the aggrieved from the accused from domestic violence, entering the workplace.

Residence orders- this ensured the aggrieved is not disturbed the shared household or not alienated or disposed of by the respondent with any the consent of aggrieved.

Custody order- the woman can take custody of the child. 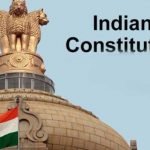 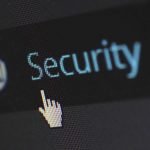