Holi is a Hindu spring festival observed in North India on Phalguna’s full moon day (February–March). The customary ranks of caste, gender, position, and age are permitted to be inverted on this one day alone when participants hurl colored water and powder at one another. The festivities in the streets are frequently characterized by coarse language and behavior, but after they are over and everyone has bathed, put on clean white clothing, and visited friends, teachers, and relatives, the established social norms are reinstated and restored.

Krishna devotees particularly appreciate the festival of Holi. Its overall silliness is said to be a parody of Krishna’s game with the gopis (wives and daughters of cowherds). The ceremonies of reversal in Vraja (modern Gokul) culminate in a fight in which the ladies of Radha, Krishna’s ever-faithful loverbirth ,’s village beat the men of Krishna’s village with staves; the men defended themselves with shields. Images of the gods are suspended during the Dolayatra, also known as the “Swing Festival,” while hymns that are only performed in the springtime accompany them. In many places, people light an early-morning bonfire to commemorate the burning of the demon Holika (or Holi), who was employed by her brother Hiranyakashipu to murder his son Prahlada because of the latter’s unwavering devotion to Vishnu, to symbolize this event. With the burning of Holika, devotees are reminded of the time when Prahlada and Vishnu were both vindicated when Hiranyakashipu was assaulted and slain by Vishnu (in the shape of a lion-man named Narasimha).

Why is Holi celebrated?

Hindus have been celebrating the holiday of Holi since the beginning of time. The Holi Festival is a method to celebrate the arrival of spring as well as a chance for individuals to start over and let all of their inhibitions go. One of the rare occasions, when fervent Hindus may be let free, is during the Holi Festival when legend has it, the gods turn a blind eye. They relax and enjoy one another’s company, make time to dance and have a good time and disregard cultural conventions. A bonfire is lit on the first day of the celebration to represent the burning away of all the negative and the igniting of a bright and colorful new future.

Participants at the Holi Festival hurl powdered dye into the air, dousing everyone in brilliant hues. The colors have a variety of symbolic implications in a religious context; they might signify a vivid new life or even, in a manner, represent sin. One’s dedication to living healthily and purging oneself of sins and demons might be symbolized for some by washing off the color at the end of the day.

What is the significance of Holi?

Despite being such a vibrant and gay event, Holi has many other qualities that make it so important for our daily life. Though they might not be immediately evident, a deeper look and a little reflection will reveal that Holi is more significant in many ways than one. There are several reasons—sociocultural, religious, and biological—why we should fervently celebrate the holiday and treasure the causes behind it.

So, when it comes time for Holi, please don’t hold back and enjoy the holiday to the fullest by taking part in each and every tiny custom associated with the celebration with full enthusiasm.

As the lesson of all these tales is the final triumph of virtue over evil, the celebration of the many legends related to Holi reassures the populace of the strength of the truth. The Hiranyakashyap and Prahlad fable is another example of how intense devotion to God is rewarded because he would always take care of his devoted disciple.

All of these myths support individuals in living moral lives and upholding the value of honesty. This is crucial in today’s culture since so many individuals torment the truth for little money and engage in other terrible deeds. Holi encourages individuals to struggle against evil and to trust in the virtue of being genuine and honest. Holi is also observed during a season of the year when people anticipate a bountiful harvest and the fields are in full bloom. People now have a good reason to celebrate, have fun, and immerse themselves in the Holi atmosphere.

Holi promotes racial harmony and bolsters the secular foundation of our nation. Since everyone wants to take part in such a vibrant and joyful holiday, non-Hindus also celebrate the festival.

Additionally, according to Holi custom, even foes become friends and forget about any hardships they may have been through. In addition, on this day, everyone participates in the celebration in a spirit of goodwill and fraternity without making a distinction between the affluent and the poor.

People visit friends and family in the evening to offer presents, treats, and pleasantries. Relationships are revitalized, and emotional ties between individuals are strengthened. 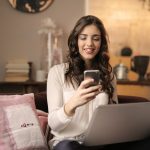