INDIANAPOLIS — It’s almost been 21 days since the first dose of the Pfizer vaccine got on out to healthcare workers in Indianapolis, which implies it’s about time for them to receive their next dose.

Wednesday marks 21 days since the first trials went out on December 16 at IU Health.

Dr Warren Gavin, a hospitalist at IU Health Methodist, and some of his colleagues got their first round on December 16. After that shot, Dr Gavin asserted that his arm felt a slight sore the next day, and he had a minor headache but nothing too serious.

Gavin asserted that this second shot is essential to ensure he receives the full protection of the vaccine.  He told that he understands the likelihood – it may come with more overwhelming side effects, but the immunity it can provide tops with that.

He studied the vaccine reviews and asserted he couldn’t wait to get it because of the effect it would have.

“Overall when I think about that second one, I’m thankful. First of all, that we have a vaccine because we’ve been battling this with no great weapons. We have dexamethasone and remdesivir, and they may offer some benefit, but this is our first big weapon — this vaccination,” Dr Gavin said.

He is planned to withstand his second dose Wednesday afternoon. Dr Gavin tells he is anticipating to be uncomfortable again in his arm where he receives the shot, possibly have another headache and maybe even be fatigue. For Gavin, the decision to get the vaccine was voluntary, and he says he was shocked to learn that some people are hesitant to get it.

“Even within the walls of the hospital. There are people that have reservations to getting it,” Dr Gavin said.

For anyone hesitant about receiving the vaccine, Dr Gavin suggests talking to your healthcare specialists about the determination. Now he’s looking forward to receiving his next one and being fully covered.

“I will be a little bit more confident. I’ll be 95+ percent confident and I will be relieved to have that protection. Now that doesn’t mean that I’m dropping this mask and I’m not going to be careful in the hospital. That’s not what that means, but I will be more confident in the protection that I do have because of the vaccination.”

He lets out that it will still be fundamental to wear a mask and socially restrained even after getting the vaccine. But as more people hail it, he is hopeful for fate.

“I’m excited, and I’m thankful. I’m hopeful that this is the beginning of the end of Coronavirus. And if enough of us can get vaccinated, it will be,” said Dr Gavin.

Associate Chief Medical Executive for IU Health, Dr Paul Calkins, is warning that the second dose may have barely more serious side effects than the first, but it’s still fundamental to get.

“Because the first dose sort of primes your immune system to recognise the components of the virus are in your body, but the second dose, when your body recognises when it’s there, it’s going to react more strongly than it did the first time. Which is the reason why your immunity rates go up so dramatically,” said Dr Calkins.

Dr Calkins asserted he’s given out about 80 shots so far and the hospital has provided nearly 24,000. And there have not been any lengthened drastic side effects that he realises of.

He’s maintained some patients knowledge irritated arms where the shot went in and some bulging. However, he said receiving the second shot is pivotal to creating certainty they receive the full protection.

“The second dose is… you have to do it. Recognizing that it might be uncomfortable, it’s less uncomfortable than having COVID. The recommendations that the vaccines are only reliable if you get both doses,” Dr Calkins said.

He asserted that the second dose might arrive with more arm swelling or ache, fever and muscle pains. Since side effects may be more painful, Dr Calkins said they had been suggested not to provide everyone in a specific unit the shot on the same day, just if they have to take a day to heal. 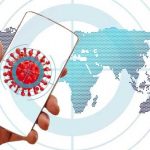 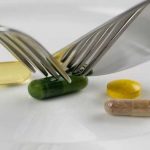