For those who do not know about digital marketing and the like, how do you think articles are written and published? Not complicating things and making a very long story short, the primary requisite for me or anyone writing an article is the viewers and the content they want to know about.

You might argue about the fact that a marketing team or writers like me are required. True, but all of these arise from the needs of the viewers to know about facts. Had you already known how or why does a penis break or for that matter, if we were taught true and useful sex education in our educative years, such discussions would have been meaningless? Humorous as the topic may sound, seeing that it is one of the most searched topics on the net, clearly greater information and clarity is required about this subject without any embarrassment. This is my primary goal in the article.

How does a Penis Break?

Okay, by now you must have known that a penis can break or in more technical terms be fractured. But how?

Under the effects of arousal, with a complex mechanism of parasympathetic system control and nitric oxide production, the blood vessels in the penis dilate and fill this corpi ( the above 2 structures)

But wait, why does anything swell up? Due to two reasons. Consider a balloon. It swells not only because we blow air into it but also because it has some space in which it can expand. This may not be appreciable at first, but try to inflate a balloon in a glass or a jar and you’d know what I am talking about. It would burst.

Similarly, the two corpi are surrounded by a layer called the tunica albuginea which, unfortunately, is not as elastic as one would want it to be. So, after a particular limit of erection, if blood still enters the corpi, then theoretically the tunica would burst and the penis would be ruptured.

However, practically this never happens. The parasympathetic system is under the tight control of the nervous system. Then, what causes the rupture? Ah, you guessed it right, the answer is sexual intercourse. You can see to it that why this happens. During violent or improper intercourse, the albuginea ruptures, and hence the term break or fracture is used despite there being no bony structure in the penis.

Even though not very common, when the famous ABC’s episode of grey’s anatomy was aired, featuring Mark Sloan with a fractured penis, “penile fracture” and “broken penis” were among Google’s most popular and searched terms.

Sadly, penises don’t come with an instruction manual. That being said, there is one thing that every person should recognize; that it’s not indestructible.

Many causes there are and naturally, I cannot list every one of them. Among the most common which I have read about are violent intercourse, improper sleeping posture when you have a nocturnal erection, and very rarely if someone’s tool is stuck in the zip and he becomes kinky.

Now, if you want to know about the specific positions or other detailed encounters that lead to this condition, then it’s better to read the Kamasutra than reading this article. This is not condescension. It’s just that I was a med undergraduate am aware of only this little information.

How does one know that he is suffering from this condition?

Well, first of all during the sexual encounter you would hear a popping sound. Yeah, a freaking popping sound from the penis.

If that’s not enough, there will be an evident bend in your penis, pain, the base will be swollen and it may be red in the early stages or blue if you give it some time.

After these many symptoms, one can safely conclude that if one still does not reach the hospital for treatment, whether out of shame or some misplaced sense of manliness ( hum to mard hain), suffice it is to say that such a person should first visit the psychiatrist rather than a urologist.

As far as the treatment is considered, there is a very simple reconstruction procedure that any skilled urologist will be able to perform. Afterward, you may be prescribed 3-4 weeks of rest ( ya, that’s another way of telling you to have no sex) and some ice packs and pain killers.

If you’re sincere in your treatment you shall be back to normal within no time at all.

Peyronie’s Disease and an Interesting Practice

What if someone’s albuginea doesn’t rupture, but instead has a minor trauma during intercourse. Such a person will have neither pain nor any of the other symptoms listed above. So, if such a person has multiple sexual events without allowing time for recovery, the injury progresses and the body compensates by a process called fibrosis.

It’s like inflating a hot dog-shaped balloon while pinching it on one side. The balloon curves towards the side it is pinched. This is the cause of the age-old analogy of a penis being compared to a banana (quite true, actually) and the disorder itself is called Peyronie’s disease.

The disorder affects everyone regardless of economic status or immunity or environmental factors or for that matter any other factor (except genetic).

Don’t believe me, well, there is an interesting incident.

In the famous Paula Jones v the President of the United States (Bill Clinton case yeah, the former president of the United States) Ms. Jones had submitted a list of intimate questions to Mr. Clinton in an attempt to solicit details of his sex life and his anatomy. Ms. Jones describes “distinguishing characteristics” of Mr. Clinton’s “genital area. She described the President’s penis to have a curvature when erect (Peyronie’s disease) and “informed sources” confirmed that the disorder was confirmed during the president’s annual medical checkup.

This resulted in perjury charges against the president and his near impeachment as well! 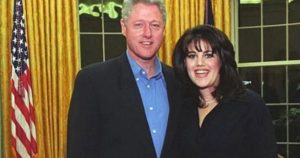 As far as the practice is concerned, it is related to native Iran and associated areas. It’s called “taqaandan” or popping your penis. It is similar to cracking or popping your knuckles. Instead, here they do it with an erect penis. They hold the shaft and pop the upper part by bending it. It’s said to calm down an erection as and when required. Be that as it may, it has also been the cause of significant cases of penile breaks and Peyronie’s in the region.

Well, that’s the end of this article. Do use your common sense as far as possible. As always, no information given here is a substitute for you visiting a physician.

Hope you learned something. Now sit back, relax, and have a banana.

I’ll also be doing a series on vitamins and other medicine-related topics. If you’re interested, do follow the Asian read and if there’s something specific that you wish me to cover, I’ll be more than happy to oblige. Drop a comment for the same

Vishesh Raina is a medical student pursuing his M.B.B.S from Maulana Azad Medical College, New Delhi. An avid reader, he has a prolific interest in the fields of medicine, writing, philosophy, and fitness. His motto is to learn something, no matter how small, every day. He considers knowledge to be enhanced through sharing and feedback and aims to share relevant information through the Asian Read to its readers. 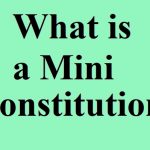 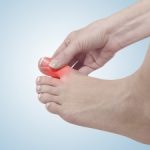