Some 89% of UK students have called for mandatory personal finance lessons in schools amid mounting personal debt issues.

According to the annual young person’s money index, published by money-saving app Student Beans, most 16 to 24-year olds have admitted that they have never received schooling around how to control and manage their finances.

Only 1 in 10 of the people surveyed last month, out of a total of 3,000 students, received lessons covering personal finance in the previous year alone.

Students were calling for personal finance education on where to invest money, how to budget, understanding interest rates, taking out a loan, choosing a credit card, and choosing a bank account. They also wanted to understand taxes, credit scores, avoid fraud, and comprehend financial jargon.

The research also discovered that more than one in three (39%) students are currently using credit cards and overdrafts but remain unaware of the interest rates associated with them.

It revealed that three-quarters (74%) of young Brits are now worried about their finances, with stress cited as the biggest concern.

Half of these students reported that they are both attempting to save more and be more cautious with their money. However, two-in-three (69%) are unsure where to begin or start saving due to lack of education.

When it comes to sourcing financial advice, parents were the main go-to source, with 84% of students turning to their parents for financial guidance and 75% of those trusting the direction they are given.

Almost a third (29%) said they prefer to go online. However, only 9% of students admitted to trusting advice from online sources such as money websites and blogs.

The data also showed that males were more than twice as likely as females to have debt between the ages of 16-to-24 years old.

Jessica Pinkett, head of youth insights at Student Beans, said: “These findings reveal that young Brits need to be made more aware of the risks associated with using financial products.

“There’s a hunger for young people wanting to use their money more smartly, and there’s an opportunity for schools to be able to provide them with the information they need to do this responsibly.” 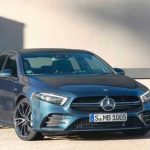 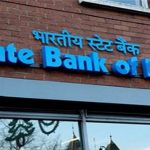