On Wednesday, the Supreme Court admitted a plea filed by the Ministry of Defence (MoD)seeking to vindicate armed forces personnel from the spectrum of a Constitution Bench ruling of 2018 that decriminalized adultery.

Adultery amounted to an inappropriate method and an infringement of discipline under these three Acts. These particular laws inflicted constraints on the personnel’s fundamental rights, functioning in a unique situation needing absolute discipline. The three laws were safeguarded by Article 33 of the Constitution, which permitted the government to amend the armed forces’ fundamental rights. The judgment of 2018 established “instability”.

It permitted personnel charged with holding upon an adulterous or illicit affair to take cover under the judgment.

“In cases of adultery, even if there is a charge against the accused, an argument can be raised that we are circumventing the law and what could not be done directly is being done directly through these Acts,” the Ministry said.

The discipline essential for accomplishing a duty, significant for national protection, would cease to function. The provisions of the Acts should be authorized to regulate the personnel as a “distinct class”, irrespective of the 2018 judgment.

It said the court would not, at the time, have been informed of the various occurrences under which the armed forces administered.

“One has to remember that the armed forces exist in an environment wholly different and distinct from civilians. Honour is a sine qua non of the service. Courage and devotion to duty even at risk to one’s life is part of the unwritten contract governing the members of the armed forces,” the Centre said.

Furthermore, the government singled out that unlike Section 497, the three Acts’ provisions did not differentiate between a man and a woman if they were guilty of an offense.

“Dehors 497, the Army would equally proceed against a female subject to the Act, if she enters into an adulterous/illicit relationship,” it said.

Despite putting an end to adultery as a crime, the government moreover brought out that the court held that it was “undoubtedly a moral wrong qua the family and the spouse”. The judgment had further observed that civil solution prevailed as adultery persisted in being a ground for divorce.

The 2018 judgment had decided that the law, through Section 497 IPC, cannot “command” married couples to stay devoted to each other for suspicion of penal punishment.

“Two individuals may part if one cheats, but to attach criminality to infidelity is going too far,” the judgment said in 2018.

“Husband is not the master… Obituaries should be written of these historical perceptions,” it had said. 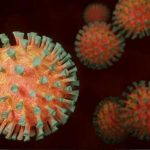 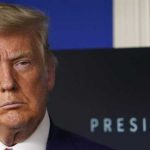