Just as human beings, animals have also some rights. As per the principles of natural justice, every living being has the right to live on this earth. But humans very often behave very insensitively and inhumane towards animals.  So various laws have been made in almost all the countries for the protection of animals. These are made to serve them justice and to protect their right to life. The very first legislation for the protection of animals was made in America called the ‘Martins Act’ in 1822 majorly for the protection of cattle and horses. After that, in 1824 the Society for the Prevention of Cruelty to Animals was established. Currently, the most popular organization that works for animal rights is PETA (People for the Ethical Treatment of Animals).

So the major Act for the protection of Animals in India is The Prevention of cruelty to Animals Act, 1960, and the major provisions prescribed in it are given below:

Cruelty to Animals is a Punishable Offence

As per the rules if any person indulges in cruelty to animals in the form prescribed under section 11(a) to 11(o), then he will be charged with a fine of 50 rupees. If that person again indulges in the same kind of conduct then he can be charged with a 55 to 100 rupees fine along with the imprisonment of three months.

What leads to cruelty?

Section 11 (1) (a) to (o) of The Prevention of Cruelty to Animals Act, 1960 prescribes the acts which can be included in cruelty to animals. This includes:

As per section 378 of the Indian Penal Code, theft includes intentionally taking someone’s property out of the possession of that person and without his consent leads to theft. And this definition also takes into consideration the animals. So the punishment for that is Imprisonment up to three years or a fine of both.

Section 12 of the same makes it illegal to give oxytocin injection to milk animals to induce milk. It is a cognizable offense and the offender can be charged with a fine up to one thousand rupees or imprisonment up to two years or both. Also, the shop owner that sells the drugs can be charged with the cancellation of the license.

Rules Regarding Exhibition and Training of Animals

As per Section 22 of the Animal Cruelty Prevention Act, one cannot do the exhibition and training of animals unless and otherwise, he had registered the same under the provisions of this act. Also, the central government has banned the exhibition and training of some animals which includes – bears, monkeys, tigers, panthers, and lions. Also, section 23 of the same act gives the procedure for registration about Training and exhibition on animals. 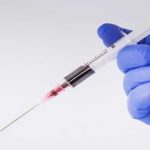 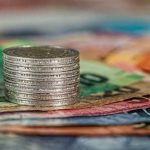