Bollywood actor Anushka Sharma and husband Virat Kohli have been blessed with a baby girl. He wrote, “We are thrilled to share with you that we have been blessed with a baby girl this afternoon. We thank you all for your love, prayers and good wishes. Anushka and the baby are both healthy and we are feeling beyond blessed to start this new chapter of our lives. We hope that you can respect our privacy at this time. Love, Virat.”

Virushka, as their fans address them fondly, declared in August 2020 that they are putting in another member to the family. In similar tweets, they had jotted down, “And then, we were three! Arriving Jan 2021 ❤️.”

Ever since the declaration, Anushka Sharma has been disseminating her thoughts about this new journey in life. She had shared a photo flaunting her baby bump and wrote, “Nothing is more real & humbling than experiencing creation of life in you. When this is not in your control then really what is?”

In a talk with Vogue, Anushka asserted that she only ate toast and nutcrackers during her first trimester. “I was eating only toast and crackers for the first three months. So, when it ended, I wanted to eat vada pao and bhel puri, but that didn’t last long either. So, no real cravings,” she shared.

Moreover, the actor spoke of how she and her husband Virat do not wish to “raise a child in the public eye”. She asserted, “We don’t plan on engaging our child in social media. I think it’s a decision your child should be able to take. No kid should be made to be more special than the other. It’s hard enough for adults to deal with it. It’s going to be difficult, but we intend to follow through.”

Virat Kohli, who was on tour with the national team in Australia, returned to India after the first Test, as BCCI consented him paternity leave. 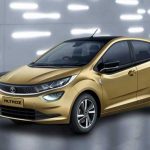 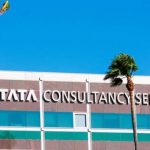