Atal Tunnel, named after former Prime Minister of India, Atal Bihari Vajpayee, is the world’s longest highway tunnel connecting Manali, Himachal Pradesh with Leh, Ladakh. The study for the construction of the tunnel was carried out in May 1990 following which a report was submitted. Thereafter design, other reports were prepared and finalized by 2006, though the technical approval was received priorly in 2003 by the Border Roads Organisation (BRO). Following the Cabinet approval, further technical formalities were completed in subsequent years and finally the foundation stone was laid in July 2010 by UPA chairperson Sonia Gandhi. On 25 December 2019, on former Prime Minister Atal Bihari Vajpayee’s birthday, the tunnel was renamed after him by Hon’ble Prime Minister Narendra Modi.

The strategically significant, all-weather tunnel road between Manali and Leh will provide round the year connectivity.

Here is a drive through this engineering marvel! #AtalTunnel pic.twitter.com/TJNMTZw18V

The highway tunnel is well above 10,000 feet above sea level and is 9 Kms. long, which took a span of about 10 years to be completed. The tunnel substantially reduces the travel time as well as travel distance from Manali to Leh, where the travel distance is reduced by 46 Kms., the 9km long tunnel would also allow travelers to cover the distance in just over ten minutes which priorly would require well over 5-7 hours. The construction cost of the tunnel is estimated at ₹3,500 crores, and such investment is aimed at easing of commuting between Manali and Leh, and also for the strategic and ease of moving troops via the same.

The Atal tunnel is an alternative to the Rohtang Pass which is located at a much higher altitude, to be precise about 13,000 feet. As such, the pass about 51 kms. and it provides a travelling time between Manali and Leh of about 5-7 hours. Rohtang Pass is well-known to be highly time consuming and extremely dangerous especially in such treacherous and high altitudes, extreme weather conditions and low temperature. This cumbersome and threatening journey has been substantially eased by the construction of the said tunnel, which not only decreases the travelling time and travel distance but also provides almost all-weather connectivity between Manali and Leh. The residents of Lahaul and Spiti valley of Himachal Pradesh, have also gained massively from the construction of the tunnel as they remain cut-off from the rest of the country in winters for nearly six months due to heavy snowfall. Even the troops stationed in Ladakh have a strategic advantage by the construction of the tunnel of moving to and fro from Ladakh smoothly without worrying about the treacherous weather conditions or about the inordinate traffic delays. The tunnel will be not only important from the strategic point of view but also give a boost to tourism in the district of Lahaul-Spiti, creating employment opportunities. The tunnel is also said to save crores of rupees in transport costs in the long run.
Some key features of the tunnel:
• Telephone every 150 metres
• Fire hydrant every 60 metres
• Emergency exits every 500 metres
• Turning cavern every 2.2 km.
• Air quality monitoring every 1 km.
• Broadcasting system
• Automatic incident detection system with CCTV cameras every 250 metres
• Maximum travelling speed is approx. 80 kmph.

#BSNL_HP team has worked day & night in 0 degree temp. to install 3No. 4G BTSs in the Rohtang Tunnel at a height of 13,051 ft. thus connecting 9.02 Kms long tunnel with 4G services.#BSNL always at the service of nation @BSNLCorporate @rsprasad @CMDBSNL https://t.co/iurI7c99PJ 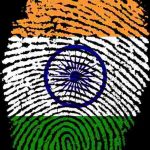 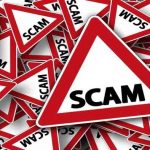