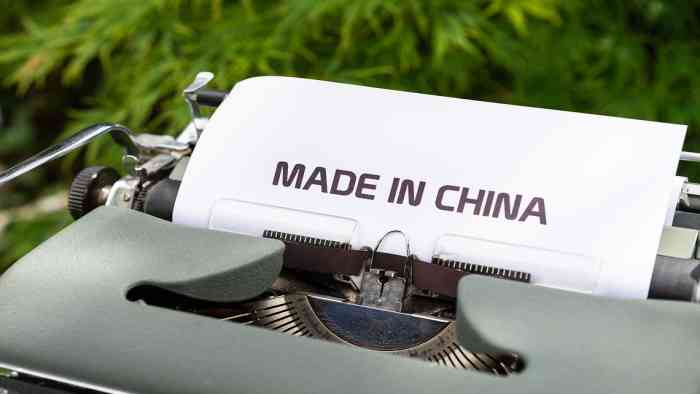 Recently India banned Chinese Goods; 170+ apps made in china citing security reasons and national threat. This decision comes at the backdrop of the stand-off between Chinese soldiers in eastern Ladakh along the Line of Actual Control. The major step taken by India is a major blow on China’s technology sector in attempts to impose costs on China for the violation at the border and inhibit its ability to exert influence and access information inside India. The impact will lead to short term implications on Chinese firm revenues while carrying long-term economic benefits, in terms of marketing, valuation, research, and development for India. Depriving China of their precious commodity will exert influence and access information inside India.

In July, 59 apps were banned by the Government of India where the order was communicated via a notification released by the Press Information Bureau. This was enforced under section 69A of the Information Technology Act, 2000 read with Blocking Rules, 2009. This order was placed under emergency powers of blocking rules and gives 48 hours to the government to set up a committee and seek their recommendation after which the IT secretary passes an order finalizing the Ban on Chinese Goods in India. The notification identifies these apps as ‘malicious’, citing reasons they received against these apps for sanctioning unauthorized transference of user data to servers ‘outside India’. The notification stated that the apps are involved in activities that are prejudicial to user privacy and the sovereignty of India.

Although the apps are still available to the existing users, the new updates will not be accessible. The Ministry of Information and Technology is in talks with the Department of Telecommunications to enlist the geo-block. Geoblocking is a system that limits your internet access based on your geographic location. Each computer has a unique numerical identifier (eg. 123.45.6.789), this is otherwise called IP (internet protocol) address. IP address work in a way that when our computer sends a request asking to connect with other servers for their content, these addresses determine the computer’s location with accuracy. Many databases exist that map IP addresses to countries. These databases then form the basis of block-lists, more commonly known as “geoblocks”.

However, India’s reliance on Chinese goods in various sectors restricts the potential foist economic sanctions without severely impacting its growth, this limits the path of retaliation available to the existing government. It is mandatory to hold the horses as both India and China are nuclear power countries, thus any escalation can result in irreversible damage. However, India’s response involving the technology sector may be aiming towards reconciling the interests of signaling as well as obstructing unnecessarily escalation, it may not have the expected effect. These apps do not affect the Chinese stake in the Indian economy.

Brookings India reported that the tech and pharmaceutical companies saw an influx of Chinese capital; the report also stated how Chinese firms have controlling stakes in Indian companies. As India holds 0.03% of TikTok’s parent company ByteDance’s global revenue. Therefore, the Ban Chinese Goods in India is thought to be just political showmanship. However, this has slowed down China’s tech firm progress as other countries are expected to raise concerns about the privacy threats these apps pose concerning their citizens’ data. Beijing, following the ban, is said to take the situation to the world Trade Organisation, of which both the countries are members in and have rules that limit cross border trade restrictions.

In an interview with Commodore Kaushal who talks about how any country has four steps in a situation as dire as the current at LAC. These 4 steps are political, diplomatic, economic, and military). Since the political and diplomatic ways have been a constant, India takes a dig at economics which is intended to hit its revenue system. This will impact Chinese people in numbers who will eventually lose ads from Indian markets thus motivating Indians to generate domestic revenue and hit the Chinese market. Since India’s exports are low valued items and are a net importer from China of both finished and semi-finished goods, the Chinese have brought FDI of about RS. 2 lakh crore. Since millions of Indians are influenced by these apps, it affects them and their time making the absence of ban a statement of political intent.

TikTok had brought marginalized people together, who used this platform to voice their difficulties in midst of this pandemic thus sending a wave of sentiments throughout the country. The app helped people gain confidence and showcase their skills as they do not lead ‘Instagram’ lives. Tibetan refugees in Delhi used ‘WeChat’ to connect with their families. With the Ban on Chinese Goods in India in place and ban on apps like WhatsApp etc. in China too, this has put the community in jeopardy. This includes Indian students and their families who have been enrolled in Universities in China.

A constitutional challenge to the ban is expected as the platform these apps provided are protected under Article 19(1)(a). Freedom of speech and expression (which means the apps the citizens choose to express themselves) should be available to all and not just the privileged. For geoblock to be fair, it has to comply with Article 14 of the Indian Constitution, which states that everyone should be treated equally. This comes in when the Chinese tech firms raised the argument that they are treated differently as compared to the other developers and Indian users who feel that the decision to ban TikTok restricts their access to the internet and the ability to express themselves.