The Constitution is the parents of the laws present or develops in the future. The Indian Constitution guide and work as a fundamental law which guides all the three bodies of the Indian government namely; 1. Legislature, 2. Executive, and 3. Judicial. It was drafted and designed by the constituent assembly under the guidance of Dr. B. R. Ambedkar. It came into enforcement on 26th January 1950 and became the foundation stone of the Democratic Republic of India. These are some basic features of the Indian Constitution.

Flexible In Nature and Rigid

As Constitution of India provides the power to Legislation to make modifications and developments of provisions as per the requirement of the nation through a simple majority of the legislative assembly. In few cases required the acknowledgment of state legislation by not less than one half.

The Constitution of India identifies the Parliamentary Form of Government. Whereby, all the majority rights of the nation are with the Union Government. The Legislative and Executive performance combined and the Prime Ministry work as the head of the nation.

The judicial system is head by the Supreme Court of India which examines both the center and the state legislation. The judiciary system follows the hierarchy unlike other bodies of the government. As it’s headed by the Supreme Court followed by the High court for the state and then under High Court, there are the Sub-ordinate Courts (District Court). The Indian Judicial System has the power of “Judicial Review”.

The Constitution of India provides the right to vote to all the citizens above the age of 18. This right is given to each citizen irrespective of race, caste, religion, gender, etc. This feature is unique in itself as it provides equality to every citizen of the nation to choose his/her representative.

The Constitution of Indian provides the Fundamental Rights to its citizen which is explained in Part III this covers various rights as follows: 1. Right to Equality (Art. 14-18), 2. Right to Freedom (Art. 19-22), 3. Right against Exploitation (Art. 23, 24), 4. Right to Freedom of Religion (Art. 25-28), 5. Cultural and Educational Rights (Art. 29, 30), 6. Right to Constitution Remedies (Art. 32, Habeas Corpus). On infringement of Fundamental Rights, an individual can move to the court under Article 32 which discusses Constitutional Remedies namely;

The Fundamental Duties are added under the 42nd   Constitution Amendment Act, 1976 as per the guidance of the Swaran Singh Committee. These duties are the moral duties of every citizen of the nation towards each other and state. These duties are not recognized by the judiciary. 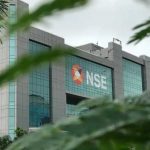 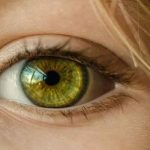