The world’s most popular cryptocurrency, Bitcoin, lost over one-fifth of its value on Monday, trading data shows.

The world’s most popular cryptocurrency, Bitcoin, has discerned a remarkable rise over the past couple of months, ultimately more than making twice as much its previous record set in late 2017, despite all the aspects that usually would result in an explosion among investors, notably a pandemic.

Inaugurated in early 2009, Bitcoin was the first cryptocurrency established on a decentralized blockchain-based system. At this juncture, it is considered the world’s largest cryptocurrency by market capitalization and the amount of data cataloged on its blockchain.

It accounts for almost 68.5 percent of the whole global cryptocurrency market. 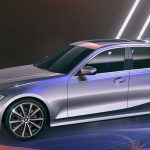