By The End of The 21st Century, India May Face Extreme Weather Condition

A study has been published on sequential extreme weather events by researchers at the Indian Institute of Technology, Gandhinagar. The study was based on the extreme rainfall and heat waves in the summer over the same regions. The study on sequential extreme weather events in India was conducted for a period spanning from 1951 to 2020. Based on this study a report was published.

KEY FINDINGS OF THE STUDY ON EXTREME WEATHER EVENTS

REASON FOR THE EXTREME WEATHER EVENTS

The warming of climate and variations in the El Nino-Southern Oscillation (ENSO) will increase the risks related to extreme weather events. ENSO refers to a recurring climate pattern that has the potential to change the global atmospheric circulation which has implications for precipitation and temperature in the Eastern and Central Tropical Pacific oceans.

Positive Phase: The area of warmer water moves to the area of normal water into the central and eastern tropical Pacific Ocean due to the weakening or reversal of trade winds during a positive phase.

Negative Phase: Due to a greater transfer of heat by the mass movement of water and gas molecules over the western Pacific Ocean and even stronger trade winds, intensifies the Walker Circulation.

The study on extreme weather events is eye-opening, and the steps towards mitigating the risks associated with it are the need of the hour and it is not only the responsibility of governments across the world. It must be seen as a high-alert warning as it projects a rise in heat waves and floods in the near future and that is going to affect our own future generations. In the end, it is going to affect us as a population and along with us, the natural habitat of flora and fauna, so it is our responsibility that we collectively take a step from the very moment itself. 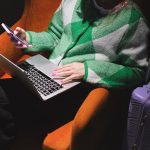