The CBI will investigate the alleged gang rape and murder of a 20-year-old Dalit woman in Uttar Pradesh’s Hathras district by a group of so-called “upper caste” men, taking over the case that has triggered a nationwide outcry. A day after the Centre handed over the probe into the Hathras gang-rape case to the Central Bureau of Investigation (CBI), the agency on Sunday registered a case and began investigation.

“The Central Bureau of Investigation has today registered a case against an accused and taken over the investigation of the case, earlier registered vide CC no- 136/2020 at Police Station Chandpa, District- Hathras (Uttar Pradesh) on a complaint. The complainant had alleged that on 14.09.2020, the accused tried to strangulate his sister in the millet field. The case has been registered by CBI on the request of Uttar Pradesh Government and further Notification from Government of India,” the CBI said in a notification. “A team has been constituted. Investigation is continuing,” it further said.

Just hours after posting an FIR and a press statement on taking over the investigation into the Hathras gang rape and murder of a Dalit woman, the Central Bureau of Investigation (CBI) removed the same from its website. The CBI formally took over the case after the Department of Personnel and Training (DoPT) issued a notification authorising the agency to investigate the case, and registered an FIR early on Sunday under Section 307 (Attempt to murder), 376(D) (Gang rape), and 302 (Murder) of IPC and Section 3(2)(v) of the SC/ST (Prevention of Atrocities) Act, 1989.

Earlier this week, the Uttar Pradesh government had requested for CBI to take over the probe into the case in an affidavit submitted by it before the Supreme Court. A petition is pending before the Supreme Court seeking a court-monitored CBI probe. The Bench of Chief Justice of India SA Bobde and Justices AS Bopanna and V. Ramasubramanian had directed the Uttar Pradesh government to file an affidavit containing details on the protection offered to witnesses, and whether the victim’s family has chose a lawyer to represent them. The Court has also asked for suggestions on how the scope of the proceedings before the Allahabad High Court can be widened.

On October 1, the Lucknow Bench of the Allahabad High Court had taken suo-motu cognizance of the incident and had summoned the state functionaries to put forth their version of the case. The matter has been listed to be taken up on October 12. The family members of the victim have also been directed to be present before the Court so that the Court can further ascertain the facts. The UP Police had denied occurrence of rape in the case by citing a forensic report which showed the absence of sperm samples in the victim’s body. Simultaneously, the U.P. police also cremated the victim in the middle of the night, allegedly ignoring the protests of her family members, following which various letter petition were written to the Supreme Court as well as the Allahabad High Court. 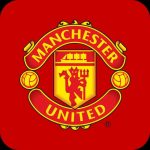 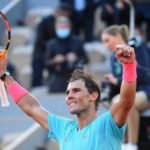