Thousands of years ago, the first silk route was discovered in China and since then the world has developed significantly into a single global market connected with each other. And in 2013, China came up with an ambitious project of “a modern silk route” connecting around 60 countries in Asia, Africa and Europe to China.

One Belt One Road (OBOR) initiative or yi dai yi lu is an ambitious global project started by the Chinese Govt. in 2013 for trade, infrastructure and investment with around 60 countries. The Chinese govt. will reportedly invest around $1 trillion in various railways, ports, maritime, energy and other such projects.

Though the name might be a bit confusing, the word “belt” refers to the railway network which connects China with various other countries with six corridors-one being directly connected to Gwadar Port in Pakistan. The word “road” refers to the sea route which will be from China to Eastern Africa, Central Asia and Southern Europe.

The “belt” will have 6 economic corridors connecting China with the following countries/places:

Talking about the advantages of the project, China will be the ultimate gainer in this initiative despite the fact that they will be providing huge loans to countries to build certain developmental projects in their country like Kenya, Pakistan, Laos, Thailand, etc. It is true that due to these projects in these countries, there will be a rise in employment and living conditions will become better but Chinese government. will have a huge stake in those countries, thus in the long run China will be in a more advantageous position as the revenue getting from those countries will be a huge asset for China.

By creating such a big network for trade, the Chinese govt. will be looking to not only boost their markets for Chinese goods and services but will also create good foreign relations and economic diplomacy with those less developed countries.

One analyst said “If it can send goods, it can deploy troops as well.” This is a clear indication that the Chinese not only want to have economic supremacy over its subjects but also want to dominate those regions militarily.

Now, talking about the disadvantages of this initiative, let us first see the countries which have received huge loans from China. Most of these include debt-ridden or under-developed countries like Laos, Pakistan, Sri Lanka, Kenya, Montenegro, Tajikistan, etc. It can be expected that China will use these “debt-ridden” countries to extract important resources for their own good.

Let’s take the example of Sri Lanka’s “Ghost Airport” Mattala Rajapaksa International Airport. It is believed that China provided Sri Lanka with more than 250 million dollars to build this airport. However, after failing to repay the debt, the Sri Lankan govt. agreed to put a port on lease to China for 99 years. This will

allow more Chinese activities in Indian Ocean and China’s military presence can also be a worrying sign for the Indian govt, as it is already causing us problems in the Northern Part.

Another worrying thing for India is the money Pakistan will receive from China. Pakistan, an already Grey listed country on FATF, will get around $20 billion from China on various developmental projects in their country. However, in the future, this will negatively affect Pakistan after it won’t be able to repay the loan. But the reason India should be worried is because this corridor runs very close to the PoK region and the sea route could be a problem to India’s development to Chabahar Port in Iran.

The China-Pakistan-Economic-Corridor will not transform Pakistan’s economy but might destroy its economy and its finances. With already taking huge loans from the World Bank in the past, Pakistan will not only take financial aid from China but will also provide its own land to the Chinese govt. This will again be a worrying sign for India as it will be surrounded by Chinese presence in Pakistan, Sri Lanka, Bangladesh, Nepal and even Bangladesh.

On the Global level, it’ll have more dominance than the USA or Russia, especially in the United Nations. Even in recent times due to the spread of COVID-19, the World Health Organisation played a big part in hiding the fact that this virus can spread via humans. Director General of WHO, Dr. Tedros played a big part in spreading false rumours regarding how China’s president showed great leadership quality in controlling the virus and also other false propaganda of pro-china, whereas we all know the truth about China.

Thus, this tells us about the dominance China is having right on major world bodies and in the future it’ll only get worse if this initiative is completed.

Japan, etc. According to me India made a good choice by rejecting China’s proposal to be a part of their global project because India knew that China only looks for its own benefit and physical dominance in Asia. Indian govt. Various initiatives like Make in India, Stand Up India, Atmanirbhar Bharat, etc can make India to be self reliant. Being a part of China’s OBOR could have had a slight advantage for India but in the long run, it would be us paying the debt to China for years to come. 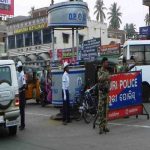