Portuguese Football Federation has confirmed that star footballer Cristiano Ronaldo has tested positive for the novel coronavirus. It has been said by the federation that Ronaldo is currently showing no symptoms of Covid-19 and is doing well. As a result of the test, Ronaldo is in isolation and has been dropped from Portugal’s squad for their Nations League match against Sweden on Wednesday. News of Ronaldo’s positive coronavirus test result was confirmed on October 13 while he was away on international duty with Portugal and, while the 35-year-old displayed no symptoms, he is now ruled out of action.


Ronaldo played in the 0-0 draw against France in the Nations League on Sunday, and also in the 0-0 draw against Spain in a friendly last week. Under Italy’s COVID-19 protocols, the Portugal international will have to isolate for 10 days, which will bring him up to Friday October 23, and he will be tested during the isolation stint to check his status. This duration of self-isolation itself, will rule him out for Saturday’s Serie A clash with Crotone and Juve’s Champions League opener with Dynamo Kiev on October 20th.

Cristiano Ronaldo has followed Zlatan Ibrahimovic and countless other high-profile footballers in contracting Covid-19, with doubts now cast over his availability for Juventus’ upcoming game against Barcelona. Juventus are hopeful that Ronaldo will be available for Juventus’ Champions League clash against Barcelona and his old foe Messi. However, it will depend on his being Covid-19-free for at least one week before the game, which is due to be played on Wednesday October 28, as such, Ronaldo will only be available to play against Barcelona in the Champions League only if he has a negative Coronavirus test by October 21.

Cristiano Ronaldo will need to isolate after a positive COVID-19 test.

Occasionally, if it is established that a positive test was a ‘false positive’ – usually if a number of subsequent tests return a negative result – public health authorities may allow an earlier return to action. Such an outcome, however, will ultimately be decided by UEFA and Italian authorities. Meanwhile, Ronaldo is in self-isolation in Italy after returning to Turin from Portugal.

Juventus confirmed on Wednesday that its star forward would be able to continue his isolation at home after his flight from Portugal was authorized by health authorities.https://t.co/X4kB1YBrNC 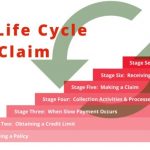