Crime is always associated with a victim and an offender. The law of every land focuses on providing relief to the victim in proportionate to the loss he suffers and punishes the offender for his wrong deeds. “Victim of crime” is nowhere defined under any Indian Law. When a crime is committed, there is always a victim and an offender. A victim is a person who suffers loss in any form- physical, emotional, or financial as an outcome of the crime committed. The victim can also include the family of the person suffering.

Crime is an act or acts done against the law which results in punishment or payment of a fine or both. Crime or criminal offense is something that is done against a person, society, community, or the state. It is called the public wrong. Acts such as theft, cheating, rape, and murder are considered a crime or criminal offenses in law. All the crimes with the punishment are listed in the criminal code like the Indian Penal Code (IPC).

Who is a Victim?

A victim is a person who has been physically, emotionally, mentally, and financially harmed by another person intentionally. If a witness of the crime or the victim’s family member was injured will be considered a victim of the crime.

“Victims means persons who, individually or collectively, have suffered harm, including physical or mental injury, emotional suffering, economic loss or substantial impairment of their fundamental rights, through acts or omissions that violate criminal laws operative within the Member States, including those laws proscribing criminal abuse of power”.

Meaning of Compensation under Law

Payment of Compensation to Victim by Accused

After trial, when an offender is convicted and is sentenced where fine is a part of the punishment, in such case court shall order either the whole or some part of the fine to be paid to the victim as a form of compensation, if such compensation is recoverable in civil court. Thus, the civil remedy can be provided through criminal proceedings.

In case of the death of the victim due to a crime committed against him, the compensation is to be given to his dependents who are entitled as per the law.

In case of crime against property, such as theft, criminal misappropriation, cheating, criminal breach of trust, etc. when the property is recovered from a purchaser and given to the victim or the rightful owner, in such case compensation may be given to the purchaser also.

When the order doesn’t include monetary punishment, the court can still ask the convict to pay a certain sum of money to the victim as compensation. However, under section 357 (2) of the Code of Criminal Procedure– if the order is appealable then the compensation amount is payable only after the lapse of the period allowed for presenting an appeal and no appeal is made or if the appeal is presented, before the decision of the appeal.

Compensation can be awarded only at the end of the trial when the final decision is given and the accused (a person who is charged with a crime) is convicted.

Payment of Compensation to Victim by Government

In serious cases, if legal service authorities feel that the victim requires immediate medical facilities or benefits, an order to provide free of cost medical benefits can be issued following the certificate from SHO or Magistrate.

In 2015, the central government notified Central Victim Compensation Fund Scheme. The scheme categorized loss or injuries and according to the specified minimum compensation amount.

In 2018, in compliance with directions from the Supreme Court, the National Legal Service Authority (NALSA) created a model scheme for female rape survivors and acid attack victims.

The Government of India has introduced a Central Victim Compensation Fund (CVCF) scheme with a fund of Rs. 200 crores, to support the victims of acid attack, rape, human trafficking, and death or injury in the cross border firing. The compensation amount varies from Rs. 10,000 to Rs. 10 lakh.

The minimum amount of compensation for specific injury/loss is as follows:-

If the victim is less than 14 years of age, the compensation shall be increased by 50% over the amount specified below.

Sharon Raju is a law student pursuing BA LLB from Rayat Bahra University, Mohali, Punjab. She is born and brought up in Chandigarh, Punjab. She is a detail-oriented college student with a keen interest in research and writing. She has worked and trained in prominent organizations. She deeply believes that the best way to evolve your mind is by reading. 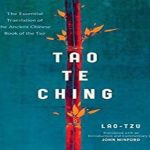 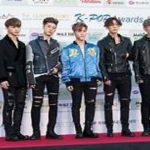