November 26 is a watershed day for India. On this day in 1949, the Constitution of India was embraced by the Constituent Assembly, and on January 26, 1950, it came into force. The Constitution proclaims India a “sovereign, socialist, secular, democratic republic and to secure to all its citizen’s justice, social, economic and political; liberty of thought, expression, belief, faith and worship; equality of status and opportunity; and to promote among them all fraternity assuring the dignity of the individual and the unity and integrity of the nation.” 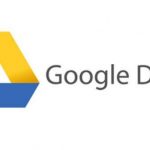