Noting the submissions made on behalf of the pilots, the ministry, and the DGCA, Justice Singh said that Air India’s lawyer “ought to have been fair with the court”. “In view of the fact that there is no proposal for making any payment, the matter is now being heard,” the court said.

The Delhi High Court has directed Air India to notify it whether the airline can, in a provisional agreement, pay a month’s salary to the pilots who have disputed the termination of their contractual employment during the COVID-19 pandemic.

Justice Prathiba M Singh asked the lawyer appearing for the airline to seek instructions “for payment of one month’s salary immediately, as an ad-interim arrangement, especially in view of the difficulties being faced by the petitioners (pilots) during the COVID-19 pandemic”.

The court was hearing two pleas moved by the pilots, through advocate Lalit Bhardwaj, for quashing an April 2, 2020 order cancelling their services and the following declaration of August 7, 2020. They were all dismissed.

Justice Singh, referring to the facts of the case, said that it was “prima facie clear that the suspension, which was issued in April 2020, was nothing but termination for which one month notice was to be issued as per the contract”.

The court, nevertheless, asserted that it was left open for now the question of whether the contracts were rightly terminated or not and listed the matter for hearing on March 25.

Bhardwaj, during the hearing, said that Air India, on November 23, 2020, was asked by the court to take instructions on whether the terminated contractual pilots can be paid one month’s salary as an interim arrangement.

The contention was refuted by Air India’s lawyer, who claimed the plea was not maintainable as the subject matter of the disputes are private contracts, and there is no public function involved.

Nevertheless, the lawyer appearing for the Ministry for Civil Aviation and Directorate General of Civil Aviation (DGCA) told the court that the airline had been asked to seek instructions on paying one month’s salary to the terminated pilots.

Noting the submissions made on behalf of the pilots, the ministry, and the DGCA, Justice Singh said that Air India’s lawyer “ought to have been fair with the court”.

“In view of the fact that there is no proposal for making any payment, the matter is now being heard,” the court said.

On November 23 last year, the high court had said that employees “cannot be left to hang high and dry” and had asked? Air India to consider paying at least one month’s salary to its pilots whose services were terminated in August 2020.

The pilots had pursued a direction to AI to restore their contractual engagements or pay them salaries and flying allowances with effect from April 1, 2020, when they were put on suspension, till their licences are restored to current ratings.

Air India, protecting its decision, had told the court that after the lockdown, 90 per cent of its regular pilots are sitting at home as most of its fleet has been brought down and added that it was undergoing huge losses of Rs 1,300 crore each month. 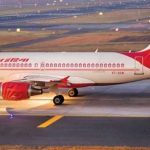 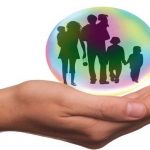