In August of last year, 61 Air India pilots were terminated owing to a financial problem exacerbated by the coronavirus outbreak. The Delhi High Court, siding with all Air India pilots who had their employment terminated, including contractual ones, annulled the national carrier’s judgment from last year and ordered their reinstatement.

The complete judgment will be accessible only on Wednesday, according to the court. Over 40 petitions filed by pilots whose employment was terminated by Air India on August 13 last year resulted in the ruling.

In November 2020, Air India defended their action, claiming that the statewide lockdown enforced last year due to the coronavirus outbreak had left the majority of its fleet grounded and 90% of its regular pilots at home. The national airline stated that it has incurred losses of Rs 1,300 crore.

According to Mint, “Travel bans imposed due to the pandemic have led to salary deferments in the aviation sector in the second wave as well. Private airline SpiceJet on Monday announced deferment of up to 35% of the salary for May for some of the employees. The airline has also reverted to a salary structure based on the hours worked”. 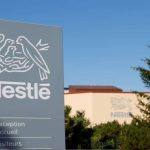 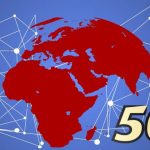