New Delhi: Greta Thunberg’s tweets on farmers have been referred to in a case filed today by the Delhi Police that claims an overseas “conspiracy” and an operation to “promote enmity between groups”. The teen climate campaigner, unfazed, tweeted that she “still” stood with farmers and “no amount of threats” would change that. The Cyber Cell of the Delhi Police is scrutinizing these tweets, but the subject of the FIR pertains to Greta Thunberg’s contentious tweet on a “toolkit” to favor the farmers’ protests.

The media, including NDTV, based on senior police sources, first reported that the FIR was filed against Greta Thunberg. Nevertheless, the police then asserted the FIR did not label her – or anyone — as an accused. The charges that the FIR records are those of conspiracy and “promoting enmity between different groups on grounds of religion, race, place of birth, residence, language… and acts prejudicial to maintenance of harmony.”

Soon after the news arose, Greta Thunberg doubled down on her perspectives with a new tweet: “I still #StandWithFarmers and support their peaceful protest. No amount of hate, threats, or violations of human rights will ever change that. #FarmersProtest.”

I still #StandWithFarmers and support their peaceful protest.
No amount of hate, threats or violations of human rights will ever change that. #FarmersProtest

“We stand in solidarity with the #FarmersProtest in India,” Greta Thunberg wrote, sharing the same CNN story about the protests and the government curbing Internet near protest areas.

We stand in solidarity with the #FarmersProtest in India.
https://t.co/tqvR0oHgo0

Today, the Swedish climate activist shared a “toolkit” notifying people how to express backing for the protests. Delhi Police officers said it “exposes the conspiracy by an organized overseas network” to provoke the farmer protests.

We stand in solidarity with the #FarmersProtest in India.
https://t.co/tqvR0oHgo0

Here’s an updated toolkit by people on the ground in India if you want to help. (They removed their previous document as it was outdated.)#StandWithFarmers #FarmersProtesthttps://t.co/ZGEcMwHUNL

She had deleted a similar “toolkit” she posted last night with information bolstering Republic Day farmers, which was last week. This morning, she asserted she was disseminating an updated list, which comprised seven ways to support the turmoil. She moreover insinuated organising uprisings near the closest Indian embassy on February 13 and 14.

The government, in a tremendous and quick reaction to the international tweets yesterday, cautioned against the “temptation of sensationalist social media hashtags and comments” and asserted the protests were by “a very small section of farmers” in parts of India.

“Before rushing to comment on such matters, we would urge that the facts be ascertained, and a proper understanding of the issues at hand be undertaken. The temptation of sensationalist social media hashtags and comments, especially when resorted to by celebrities and others, is neither accurate nor responsible,” the foreign ministry said 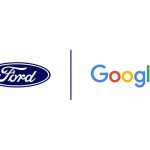 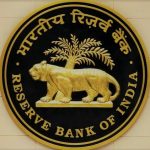