On 5th August 2019, Article 370 was revoked from Jammu and Kashmir, losing its unique statues or limited anatomy. It declared Jammu and Kashmir as a state of India while separating Ladhakh from it and making it a union territory (according to the act passed by parliament on 31st October 2019).

After that, a lot happened there and across the country but on 22nd December 2020 first elections in Jammu and Kashmir were held after Article 370 being revoked. Election of District Development Council (DDC).

The alliance bagged 110 seats and is formally known as People’s Alliance for Gupkar Declaration (abbreviated as PAGD). BJP be the most seats holding a single party in DDC(District Development Council) election with a count of 75. Gupkar sees this as a great win, mentioning or signaling that they won against BJP even when J&K was not holding any particular states.

Although not winning the election, BJP is still considering it as a Win as six different parties including parties with history to rule over J&K have to make an alliance to win against BJP.

While two seats are still in dispute, according to election commissioner, it is suspected that the candidates belong to Pakistan Occupied Kashmir seats are from North Kashmir’s Bandipora, Kupwara district. A female candidate from PoK, had contested DDC polls from north Kashmir’s Kupwara while in Hajin constituency of Bandipore, a Pakistani wife of a former terrorist was also in the fray.

The question which is being asked right now is if the above mentioned is the case,  then why were they allowed to the file nomination at first place? After result everyone is keen to know about these two seats, locals and the national public is waiting for some decision or guidelines by the court or the respective authority but also a lot of cock and bull stories are being made. 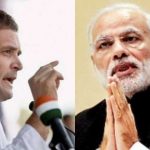 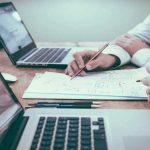