Education startup Coursera is expected to file for an initial public offering (IPO) today amid an edtech boom.

TechCrunch’s rumours of the potential Coursera float were first reported, which cited sources familiar with the matter. The company’s valuation has been estimated to be $5bn, with a reported cash balance of around $300m. Coursera has reportedly been in discussions with underwriters for some time.

The Mountain View, California-based startup was founded in 2012 and has raised $443.1m since then. Its most recent cash injection from July last year saw it top up its coffers with $130m through a Series F round. That raise put the edtech’s valuation at $2.4bn, highlighting a spike in value over the months since.

Coursera claims that over 200 universities and businesses use its online education platform, which offers flexible e-learning opportunities. So far, the platform has amassed over 75 million learners.

With lockdown measures forcing many schools and higher education institutions to close, edtech has experienced a surge in interest over the past year. Furthermore, the pandemic has meant many workers are looking to reskill to compete in an increasingly digital-focused job market, leading many to look to online learning.

In 2020 Coursera benefitted from remote learning growth, reporting a 353% increase in new users and a 444% increase in course enrolments compared with the previous year.

ACCORDING TO THE DIGITAL ECONOMIC COUNCIL, the UK edtech sector is predicted to be worth £3.4bn by the end of 2021, with the industry experiencing a 91% increase in investment between 2018 and 2019.

In 2020, edtech startups scooped $13.3bn in venture funding. Still, so far, the list of edtech companies that have filed IPOs is short compared with other industries, with many startups in this space lacking the scale to go public.

Brazilian digital learning company Vasta Platform went public in July 2020 with a market value of $1.6bn. Edtech startups Nerdy and Skillsoft went public earlier this year through Special Purpose Acquisition Companies (SPACs), which has become an increasingly popular way for businesses to float through this year.

As remote learning continues to grow, a further increase in edtech IPO activity may be on the horizon, with a record of 30 companies have listed in the past two years. 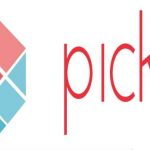